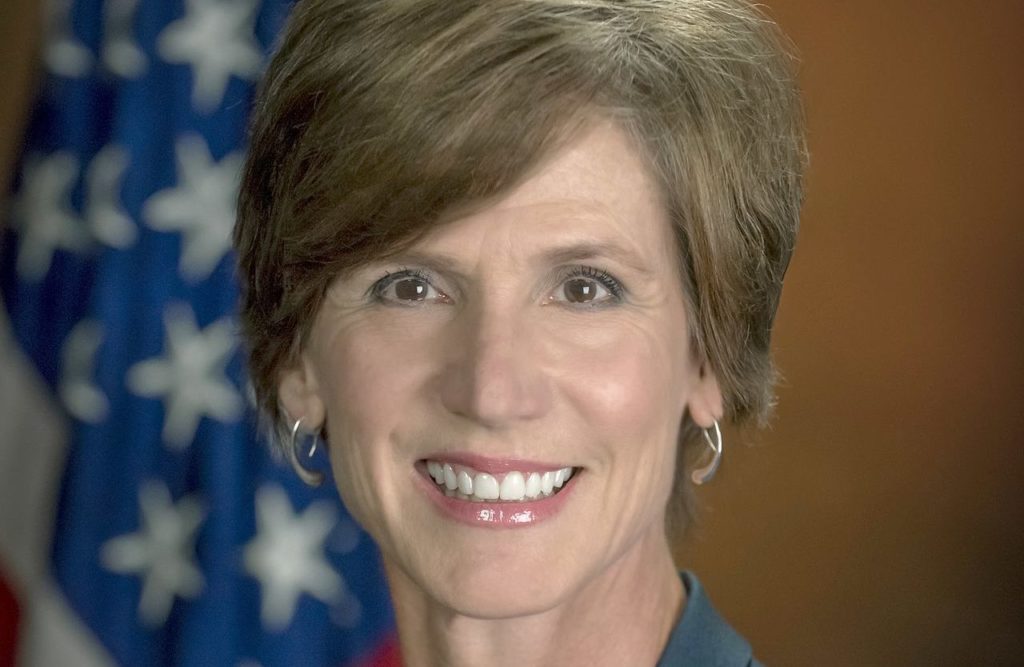 It’s been the most delayed, anticipated, and likely to be the most explosive moment to date in Donald Trump’s Russia scandal, as former Acting Attorney General Sally Yates is finally set to testify today in public hearings before the United States Senate. Yates went from a virtual unknown to a hero of the anti-Trump movement when she stood her ground against Trump and got fired for it. Here’s how and when to watch her testimony today.

Sally Yates is testifying today before the Crime and Terrorism Subcommittee of the Senate Judiciary Committee, in public hearings titled “Russian Interference in the 2016 United States Election.” She’ll be asked questions by the entire subcommittee, which is led by Republican chair Lindsey Graham and Democratic ranking member Sheldon Whitehouse. The hearings are scheduled to begin at 2:30pm eastern time. Yates is one of two listed witnesses, the other being former Director of National Intelligence James Clapper. Yates is first on the list, but it’s still not confirmed that she’ll be the first to testify.

Due to the intense public interest, Sally Yates’ testimony will almost certainly air live on CNN and MSNBC. If the cable news networks end up cutting away for any reason, the hearings will also be broadcast live on CSPAN in their entirety. But there are also ways to tune if you don’t have access to a television.

The Senate committee says it’ll be airing the hearings live on its website today (link). For more details on what Sally Yates is likely to testify about, and the background of how she ended up at this point, here’s our earlier report (link).