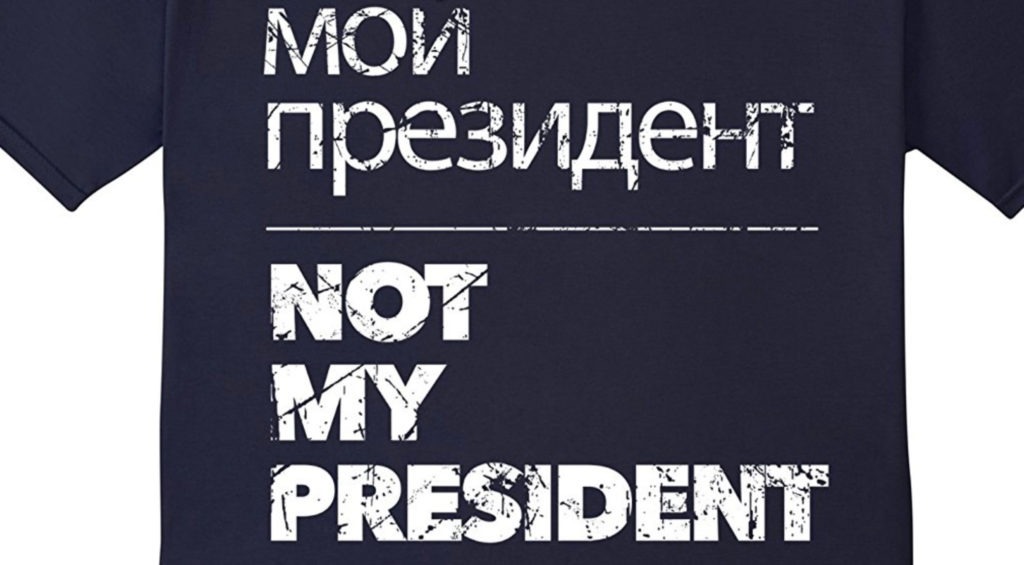 Since the day he was illegitimately declared the winner of an election tainted by everything from voter suppression to a criminal FBI director, mainstream Americans have been flatly declaring that Donald Trump is not their president. And since it’s subsequently come to light that Russia also rigged the election in Trump’s favor, and that he’s little more than a Russian puppet, Americans have begun pushing back against that as well.

Now one company has launched a T-shirt which gets both of those messages across by pronouncing “Not My President” in both English and Russian languages:

Feel free to go buy it now, or to buy one of the numerous similar competing t-shirts.