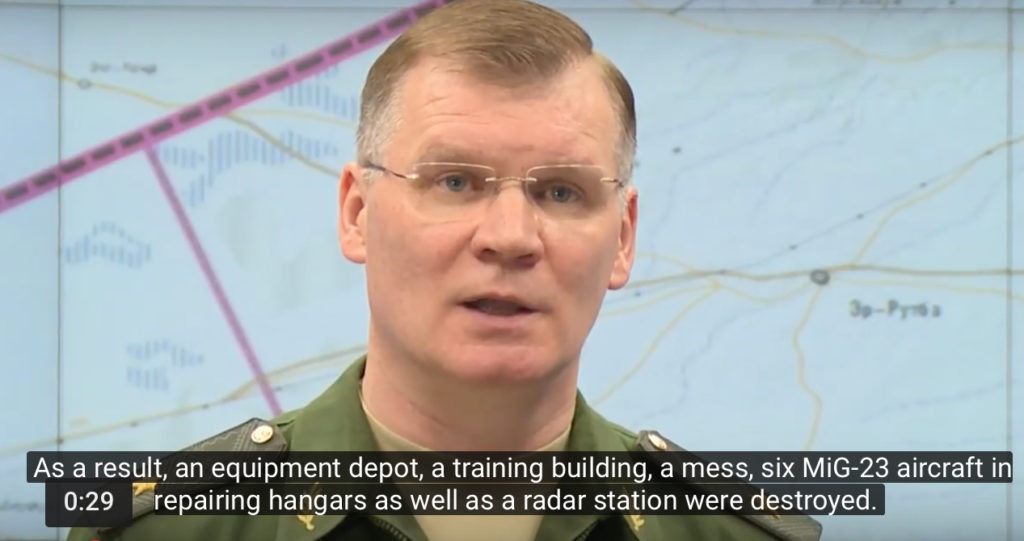 The Russian Ministry of Defense has released an official statement in response to Donald Trump’s missile attack on air base in Syria. While this has to be qualified as Kremlin propaganda, it does offer insight into how Vladimir Putin wants the attack to be viewed by the world. The verdict, according to Ministry of Defense spokesman Igor Konashenkov, reads in almost hilarious fashion.

According to a video statement made by Konashenkov and posted to the English-language version of the Russian Defense Ministry’s mil.ru website (link), just twenty-three of the fifty-nine Tomahawk missiles fired by the United States ended up reaching the Syrian air base. Once they arrived, they supposedly hit the following targets: “an equipment depot, a training building, a mess, six MiG-23 aircraft in repairing hangars as well as a radar station were destroyed.”

Watch Igor Konashenkov make the claims on the Russian Ministry of Defense website. The video is Russian, with English subtitles:

If the above video won’t play, go here.