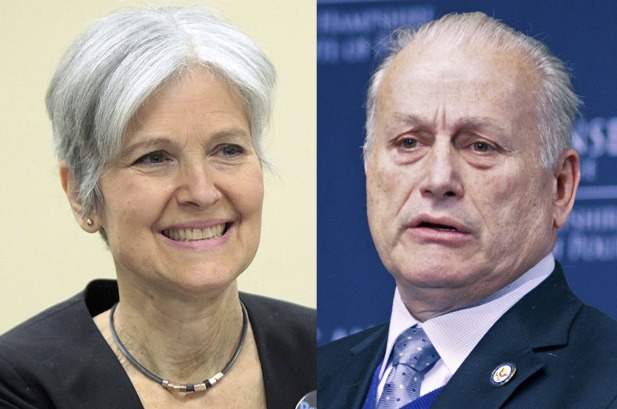 Two days after she launched a fundraising drive to cover the enormous cost of the recounts she planned to file in three states, Green Party candidate Jill Stein has officially filed for a recount in Wisconsin. This has been confirmed by the state of Wisconsin itself, via its official election Twitter account. However, in a surprise development, Rocky de la Fuente – the obscure Reform Party candidate who also appeared on the ballot in Wisconsin – has also filed a recount request.

“The Commission has received the Stein and Del La Fuente recount petitions,” the state of Wisconsin tweeted on Friday afternoon, misspelling De La Fuente’s name in the process, while promising to post more information on the state website soon.

However, only one filing was needed. All it takes under Wisconsin law is for one losing candidate to file for a request in order to put things in motion. The recount simply has to be paid for by the complaining candidate. Because Jill Stein has raised millions of dollars to pay for the recount, and to best of anyone’s knowledge De La Fuente has no such funds, Stein will still be the one to pay for the recount. De La Fuente appears to be simply latching on in a show of solidarity, and he explained his actions on his official website. This comes even as Stein eyes recounts in two other states.

Jill Stein has now raised $5.2 million of the $7 million she says she’ll need in order to cover the full costs of all three recounts, including what are likely to be massive attorneys fees. With the rate at which money has been pouring in, Stein will have no difficulty hitting the full funding goal ahead of the upcoming recount filing deadlines in Pennsylvania and Michigan. While Stein is seeking to bring attention to the illegitimacy of the voting process and she appears to have no desire to specifically help Hillary Clinton, the upshot is that these recounts do have at least a small chance of putting Clinton in the White House.