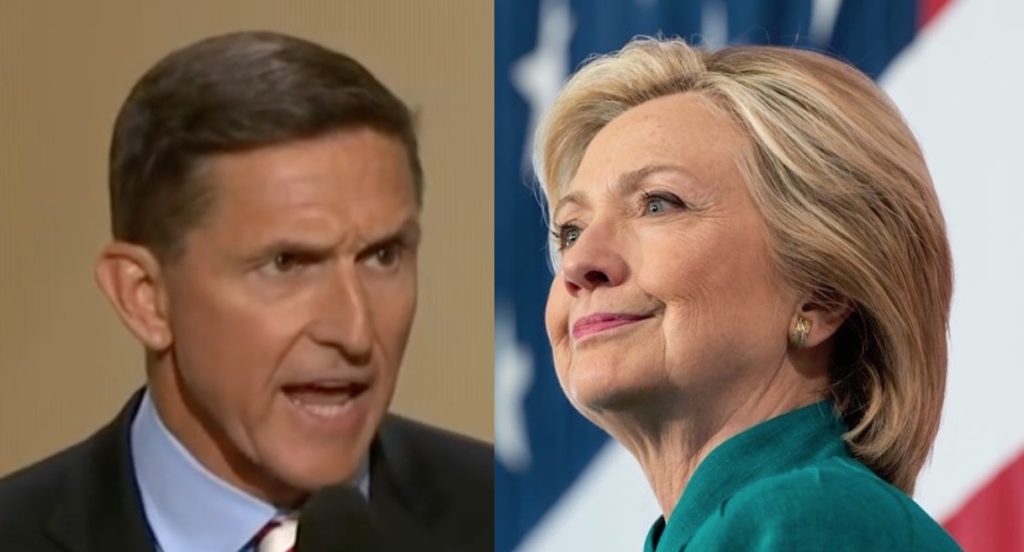 Much of the focus this week has been on the half a million dollars which Turkey paid to Michael Flynn to act as a foreign agent while he was working for the Donald Trump campaign and administration – a revelation which Flynn is now belatedly admitting to. But that’s just the beginning of the scandal as it relates to the 2016 campaign. It turns out Flynn was paying an FBI official who tried to sabotage Hillary Clinton during the campaign.

The story comes by way of Daily Caller, typically a conservative mouthpiece, but its facts and sourcing appear to be solid in this particular instance. During the election, (now former) FBI deputy assistant director Brian McCauley called up the State Department and offered to retroactively declassify information that was thought to have been in Hillary Clinton’s emails, ostensibly trying to help her in the process, if the State Department was willing to grant other favors in return.

That offer was rebuked by the State Department, but then someone (possibly McCauley or Flynn) leaked it to the media in an effort to make it appear that Hillary Clinton’s former agency was considering quid pro quo deals to try to get her off the legal hook. And now it turns out Brian McCauley, the FBI guy who made the offer in the first place, was paid $28,000 in subcontracting fees by Michael Flynn. In fact the money came out of the $530,000 which Turkey paid to Flynn.

So the FBI deputy assistant director who tried to sabotage Hillary Clinton during the election was on the payroll of Donald Trump adviser Michael Flynn, who in turn was on the payroll of Turkey. Daily Caller has more details. Additionally, Mike Pence has been caught lying about Flynn’s payments, and Turkey has reportedly asked Flynn for its money back. Contribute to Palmer Report