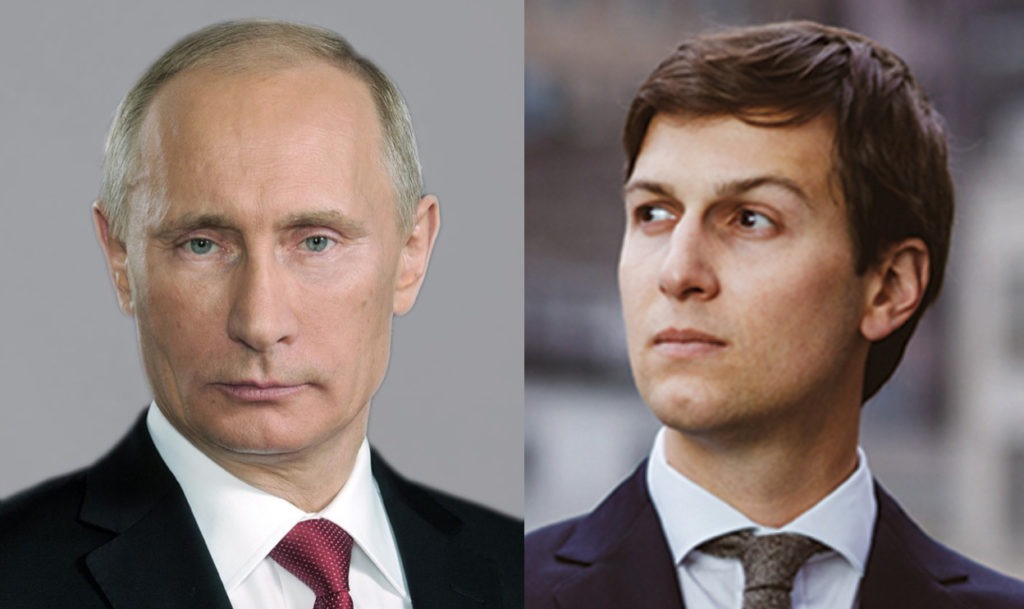 Donald Trump’s son in law Jared Kushner failed to disclose his recent meetings with the Russian Ambassador and a Russian bank executive when he filled out his White House security clearance form, according to a new report from the New York Times tonight. Palmer Report’s own subsequent research into the matter reveals that Kushner has committed an (alleged) felony which can now be used against him by the Feds to further their investigation.

Kushner, who has taken on the unusual role of senior adviser in his father in law’s White House, had met with Russian Ambassador Sergey Kislyak and the head of Russian bank Vnesheconombank in December. He then filled out the White House security clearance form when he took a job there. Kushner’s own attorney is now admitting that Kushner failed to disclose the meetings on the form, insisting it was an honest “error” (source: NY Times). But we’ve downloaded the form in question, and it clearly states the legal penalties for such omissions.

The form in question is the standard SF86 Form, which anyone can download from the official federal government website for the General Services Administration (link). The form is 127 pages long, page you only have to get to Page Two to find the relevant passage:

“The U.S. Criminal Code (title 18, section 1001) provides that knowingly falsifying or concealing a material fact is a felony which may result in fines and/or up to five (5) years imprisonment. In addition, Federal agencies generally fire, do not grant a security clearance, or disqualify individuals who have materially and deliberately falsified these forms, and this remains a part of the permanent record for future placements.”

This means Jared Kushner has committed an alleged felony, with his only attempted defense being his incredible claim that he honestly forgot to disclose something as important as his recent meetings with the Russians, when this form asked him if he’d had these types of meetings. This likely gives leverage to the FBI and the Senate Intel Committee that can be used to motivate Kushner into cooperating with the investigation into Donald Trump’s Russia scandal. Contribute to Palmer Report