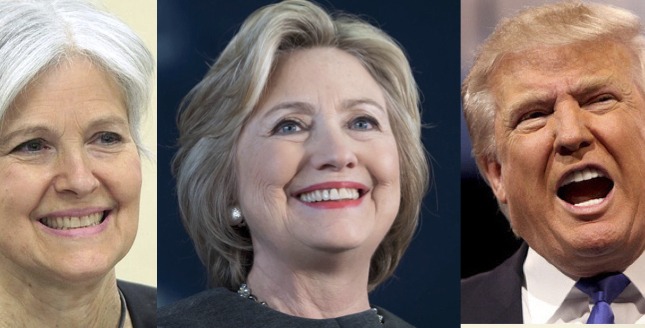 What does Donald Trump have to fear from a simple recounting of the votes in Wisconsin, Michigan, and Pennsylvania to make sure there were no shenanigans the first time around? Apparently a lot. Trump spent the weekend delivering his most surreal Twitter meltdown to date, inventing imaginary voter fraud in three other random states and arbitrarily accusing millions of Americans of having voted illegally. But apparently that wasn’t mere bluster, because now Trump has panicked and hired some of the most expensive attorneys out there to fight against the recount effort.

Donald Trump hired Gary Gordon and John Pirich today, who are being described as “election law super attorneys” by Chad Livengood from the Detroit News. Trump’s apparent goal is to try to fight the recounts at every turn in the name of slowing it down and/or sabotaging the effort at every turn. Jill Stein, the third party candidate who is leading the recount charge, anticipated expensive attorney fees and raised millions of dollars in advance just to cover the cost. But the real question is why Trump is now spending presumably millions of dollars of his own to hire these attorneys in the name of sabotaging the recount effort. In other words, just what is he hiding?

With Trump currently holding leads of more than twenty thousand votes in Wisconsin, more than ten thousand votes in Michigan, and more than seventy thousand votes in Pennsylvania (numbers courtesy New York Times), he should have nothing to worry about if the vote counts were conducted in an honest manner to begin with. That kind of gap would not be closed simply by uncovering a few isolated honest errors. Instead Trump appears to know – or suspect – that something underhanded was done in his favor. If all three of these recounts determine that Hillary Clinton got the most votes in each state, she’ll become President instead of him.

← Elector pledged to Donald Trump resigns from Electoral College in protestAhead of Michigan recount, Hillary Clinton has already caught up by thousands of votes →
Posting....
Scroll To Top