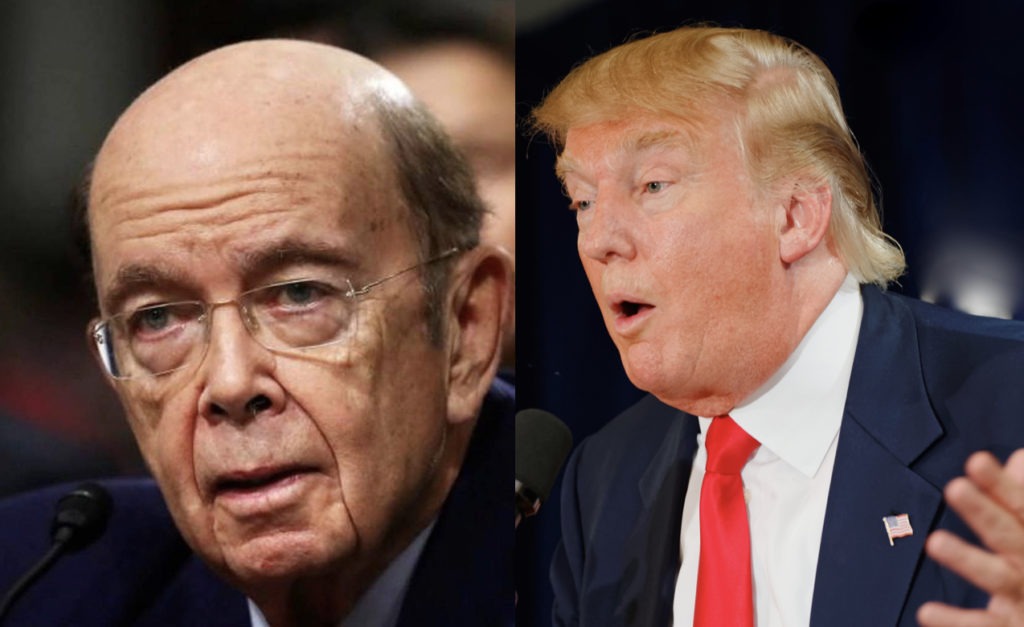 Donald Trump’s controversial Secretary of Commerce Wilbur Ross is already swimming in scandals since taking office, the most central being that he was Vice Chairman of Bank of Cyprus at a time when it was helping Deutsche Bank to launder Russian money into New York City – even as Deutsche was loaning money to Trump. But as that scandal plays out as part of the Trump-Russia investigation, Ross is wasting no time breaking laws closer to home.

Donald Trump, needing an excuse to continue holding campaign rallies after taking office, has positioned these rallies as being part of a 2020 reelection effort. In fact Trump’s “reelection campaign” is already funneling money into his own properties (link). But Trump’s decision to frame his recent rallies as 2020 campaign events means that he and his administration have to follow the laws that govern campaigns. And that means you’re seeing Wilbur Ross commit a crime in this photo: 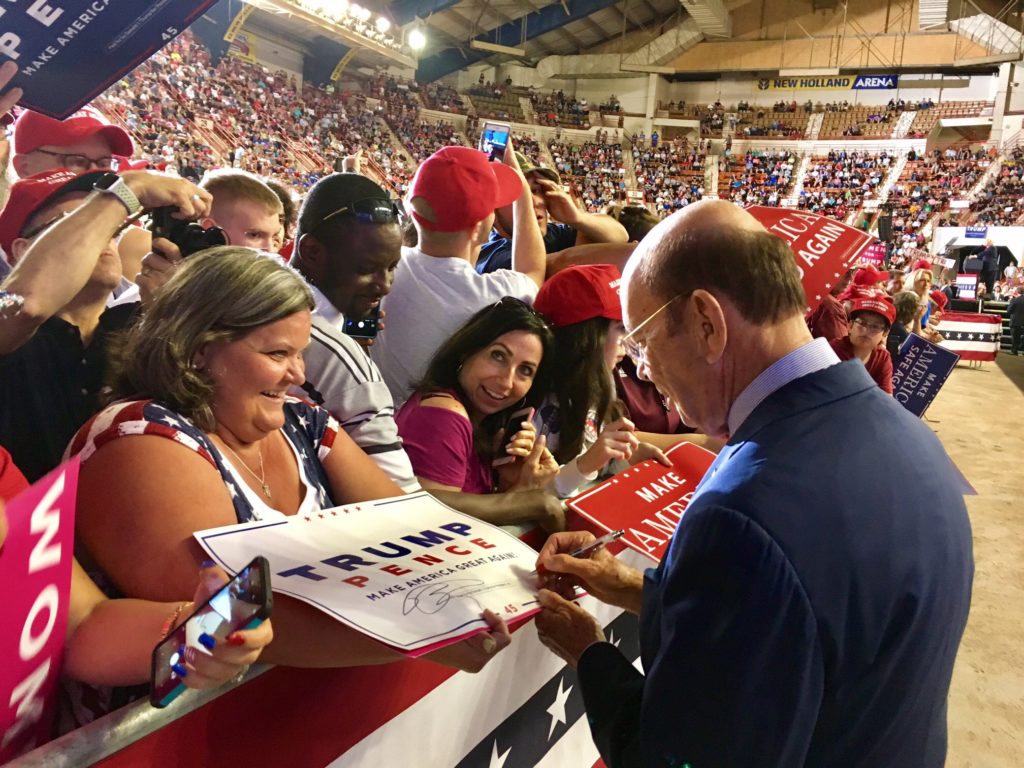 The Hatch Act of 1939 states that, apart from the President and Vice President, no other Executive Branch employee can use his or her position to campaign for a candidate. This means sitting cabinet members are forbidden from participating in campaign events of any type. And yet Secretary of Commerce Wilbur Ross not only attended Donald Trump’s Saturday night campaign rally in Harrisburg, he went around the room actively campaigning.

In fact, not only did Ross violate the Hatch Act by campaigning for Trump at the event, White House Deputy Press Secretary Sarah Huckabee Sanders arguably violated the Hatch Act just by tweeting the above photo (link) and adding Trump’s “MAGA” campaign slogan as a caption. Violating the Hatch Act doesn’t send you to prison, but the penalties are supposed to be rather severe (link). Trump isn’t likely to voluntarily discipline Ross for the violation, meaning Democrats and the American public must make a big deal out of Ross’s criminal act on Saturday night. Help fund Palmer Report