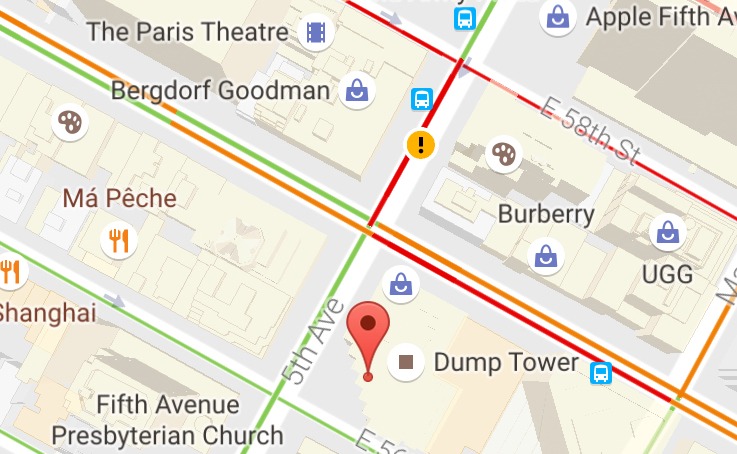 Even as millions of Americans continue to take to the streets and the internet to speak out against the illegitimate election in which Donald Trump was named the “president-elect” despite losing by two million votes and widespread vote total rigging, some inventive individuals out there have found a different kind of way to show their disgust. Because as this article is being published, Google Maps currently refers to Donald Trump’s home in New York City as “Dump Tower”

The impressive feat may have been accomplished either by hackers who managed to sabotage Google’s servers, or by a group of people who mass-reported the name of Trump Tower as being “Dump Tower” to the point that Google’s algorithms may have automatically renamed it. The error was spotted by Lesley Abravanel, who tweeted about it, but it can easily be replicated – for now – by anyone who has the app.

Simply type “Trump Tower” into the Google Maps app on your phone, then select the one on 5th Avenue in Manhattan, and if you’re reading this before Google inevitably reverts it, you’ll see this: 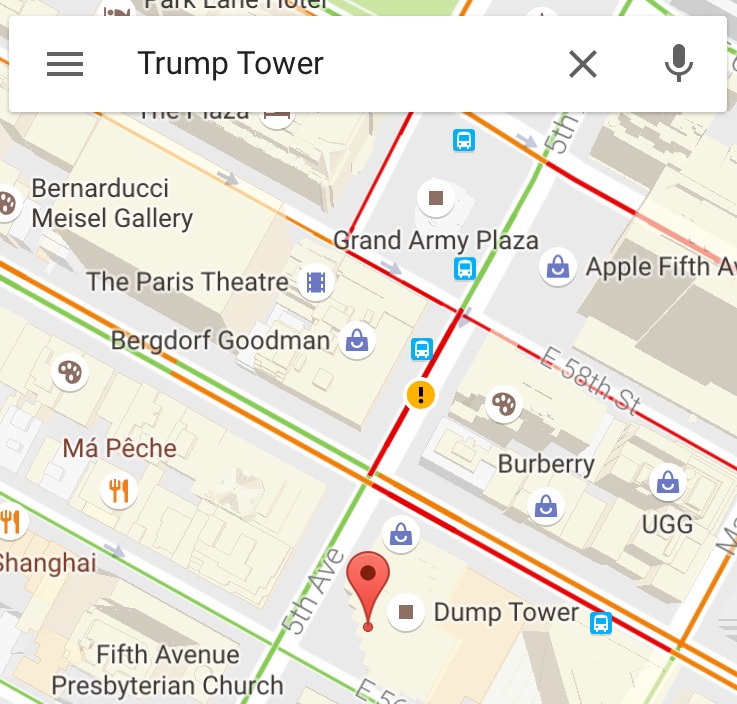 Similar pranks in Google Maps have been seen before, but never quite with this level of notoriety. We’ve seen one Quizno’s store renamed as “QuizBlows” by an apparently unhappy customer, and residents of the Hollywood Hills have long tried to mislabel the location of the Hollywood sign in order to keep tourists out of their neighborhood. But our guess is that “Dump Tower” will go down as the greatest Google Maps social engineering prank to date.