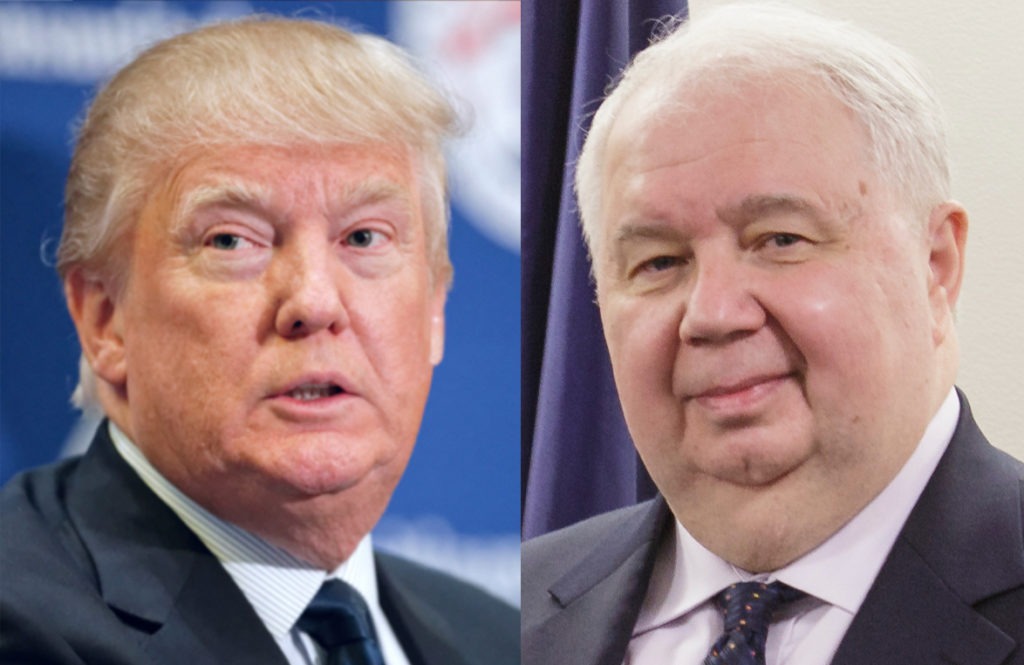 So much for Donald Trump’s ongoing insistence that he wasn’t aware of any contact between his campaign and the Russian government during the election. Not only have several of Trump’s campaign advisers admitted to having repeatedly met with Russian Ambassador Sergey Kislyak throughout the election cycle, it’s now confirmed that Trump himself met the Russian Ambassador early on in the process.

Trump’s strategy in fending off the Russia scandal appears to consist of positioning himself such that he can ultimately claim he didn’t know his entire campaign staff was colluding with Russia to rig the election. That way, even if his advisers all go down for it, Trump avoids prosecution. But that defense would require Trump being able to demonstrate his longtime claim that he had no campaign contact with the Russians himself. And at this point his claim is easily disproven by multiple sources.

The Trump campaign invited Russian Ambassador Sergey Kislyak to attend Donald Trump’s very first foreign policy speech – the one in which he first laid out his ‘kiss Russia’s ass for no good reason’ doctrine – back in April of 2016. Before the speech there was a backstage reception which was attended by Donald Trump, Jeff Sessions, and Kislyak. Politico has confirmed as much. Further, the Wall Street Journal has confirmed that both Trump and Sessions met Kislyak during that reception, and that Trump greeted the Ambassador “warmly.”

This blows apart Donald Trump’s premise that he wasn’t aware of any contact between his campaign and the Russian government, because he himself met and embraced the Russian Ambassador nearly a year ago. It also means Trump was present for at least one of the instances in which Jeff Sessions met the Russian Ambassador, destroying Trump’s assertion that he didn’t know Sessions had met with Kislyak. It’s still not known precisely what was discussed by the three men in April. But it is known that Sessions, along with Trump foreign policy advisers Carter Page and J.D. Gordon, met with the Ambassador again during the Republican National Convention.

Gordon and Page have both recently admitted that the convention with the Russian Ambassador meeting took place. And as we’ve reported, they’re now both pointing the finger at Donald Trump himself as having been behind the push for the Republican Party platform change from a pro-Ukraine to a de facto pro-Russia stance at the convention. Page is also expected to testify about it before the Senate Intel Committee. Contribute to Palmer Report