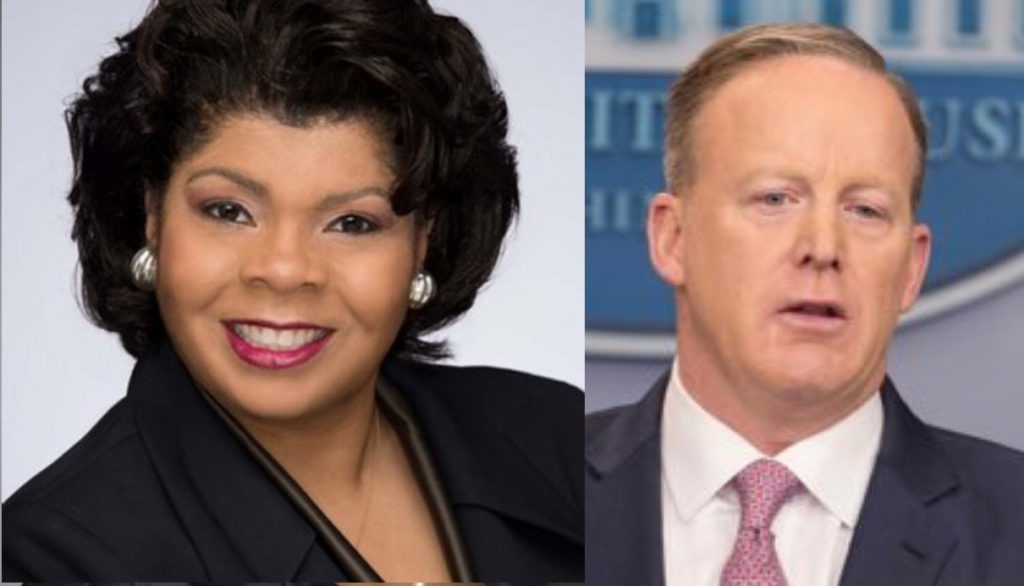 She shook her head no, and now CNN is shaking its head yes. Just days after American Urban Radio reporter April Ryan faced off with White House Press Secretary Sean Spicer in a controversial briefing room exchange which made headlines, she’s being hired to a more prominent job. CNN’s Brian Stelter has announced that his network is hiring her.

April Ryan has been covering the White House for radio for some time, but she suddenly rose to national prominence last week when she began shaking her head no at Sean Spicer during a briefing, and he told her to stop doing it. That brought widespread accusations of racism and sexism against Spicer. Earlier in the administration, Ryan asked Donald Trump if he had plans to meet with the Congressional Black Caucus. Trump responded by telling her to set up the meeting, having made the presumption that she was close to those Congressman based solely on her race, asking “Are they friends of yours?”

While these incidents have made Spicer and Trump look bad, they have also brought national attention to the solid White House reporting that April Ryan had been doing all along. And in what is probably not a coincidence, CNN is now adding her to its roster as a political analyst (source: Brian Stelter). Based on the way the CNN announcement is worded, it sounds as if Ryan is also remaining with American Urban Radio. Contribute to Palmer Report