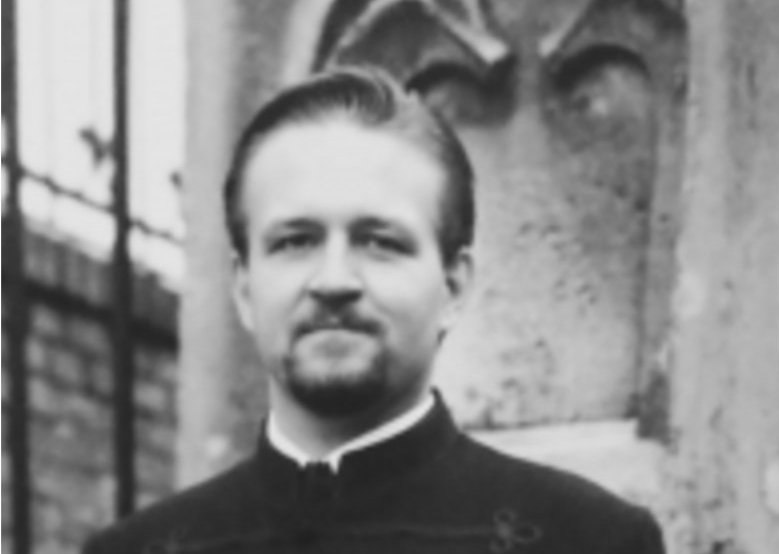 Just days after Hungarian Nazi group Vitézi Rend claimed that top Donald Trump White House adviser Sebastian Gorka is a sworn Nazi member of its group, it turns out Gorka has another problem – and we’re not just talking about the three Senators now demanding answers, or the deportation he could face if it’s proven true. Tonight an alleged photo has surfaced of Gorka wearing full Vitézi Rend Nazi regalia.

After initially declining to comment on the report that he was a sworn Vitézi Rend member, Sebastian Gorka later flatly denied the claim. But now Scott Dworkin of the Democratic Coalition Against Trump has posted a black and white photo which he believes depicts “Sebastian Gorka wearing uniform & medal of Vitézi Rend-a Nazi ally group in Hungary.” Here’s the photo in question: 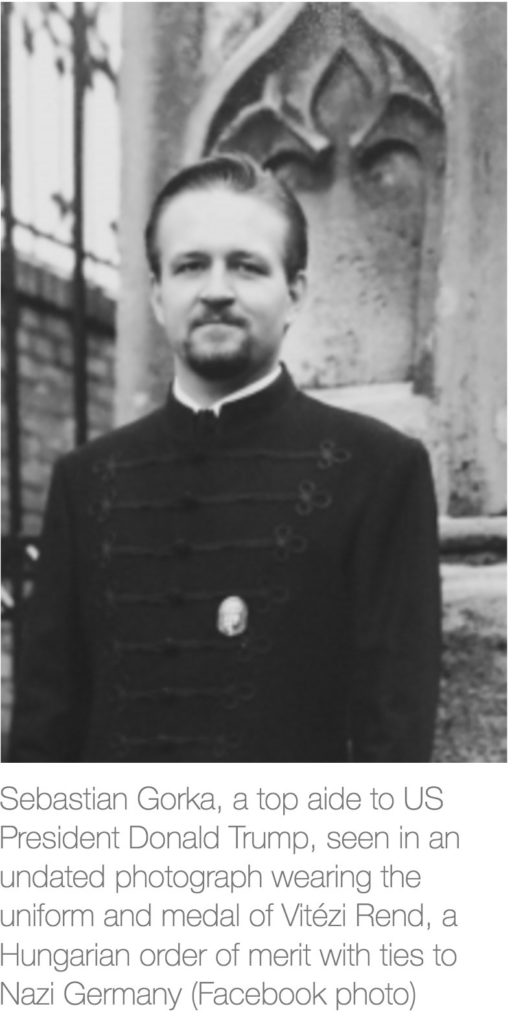 We’re still attempting to determine the origin and legitimacy of the above photo, and Gorka will surely have something to say about it. But its potential legitimacy is strengthened a Talking Points Memo report that Gorka wore something very similar to one of Donald Trump’s inaugural balls this year. As TPM points out, there is some debate as to whether the pin Gorka wore on his uniform at the ball was a Vitézi Rend pin.

It gets deeper tonight. Dworkin has also posted a photo of the alleged gravestone of Sebastian Gorka’s father, which includes the word “Vitez”. Hungarian Professor Eva Balogh believes that it’s in reference to Vitézi Rend. Our own research suggests there is some disagreement as to whether the Hungarian word “Vitez” was solely used a reference to Vitézi Rend at the time of Gorka’s father’s death, or whether it could also have been used to mean “valiant” without automatically connotating an association with Vitézi Rend.

Sebastian Gorka is an immigrant to the United States from his native Great Britain, after having spent much of his life living in Hungary. Sworn members of Vitézi Rend are specifically blocked from immigrating under U.S. State Department policy. If it can be proven that Gorka is (or was) a sworn member, he would face the possibility of losing his status as a naturalized U.S. citizen and risk being deported.

In fairness to Sebastian Gorka, he belatedly denied to Tablet Mag that he’s a sworn member of Vitézi Rend, after Forward published the initial claim. But with three U.S. Senators now demanding an investigation into Gorka’s alleged Nazi ties, this new alleged evidence is newsworthy.