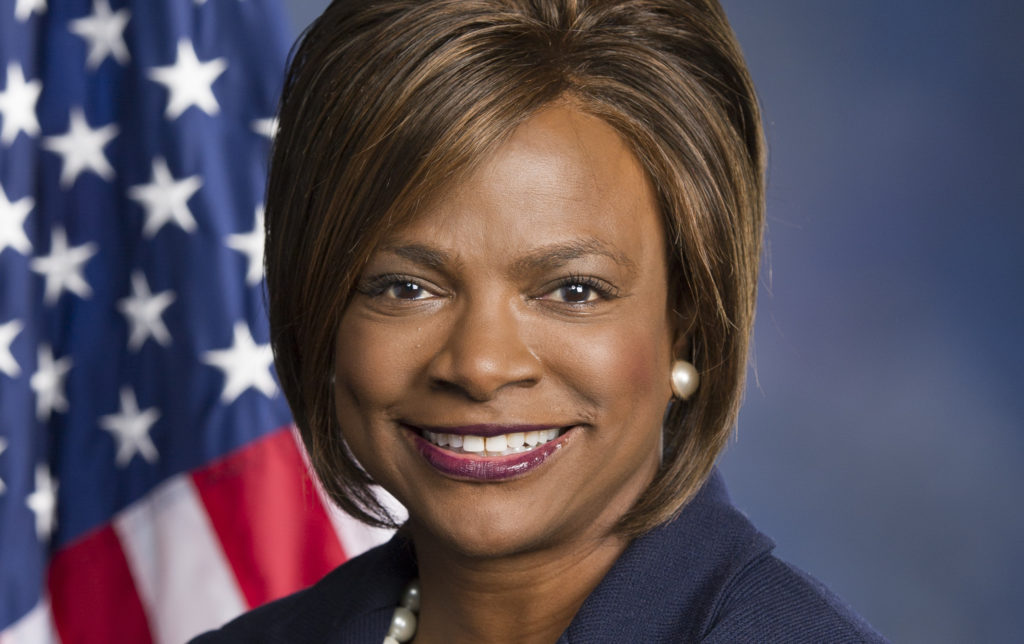 As the mid-terms draw ever closer, candidates are emerging all over the place. One thing I can guarantee these elections will not be boring. They will actually be hard work. And one of our best candidates just officially announced. Congresswoman Val Demings of Florida has officially thrown her hat in the ring to unseat Robotic Rubio.

Demings would make a great Senator! And with her outstanding experience and personal story, she will be formidable. But sadly, so will Rubio. As whiny and useless as Rubio is, some people actually like him. So all that means is we will have to work just that harder. She’s got an excellent chance of unseating him. And Rubio must know it too because he wasted no time in going on the attack against her.

Rubio’s attacks seem to be trying to frame Demings as a radical socialist, which is a ridiculous line of attack that will not work. Still, it was great to see Rubio take a break from his UFO hunting and Bible verses to actually acknowledge he is indeed a Senator. We were starting to wonder.

So Rubio tweeted this remarkably insightful (sarcasm) tweet about Demings: “No matter who wins the democratic Senate primary in #Florida, my opponent will be a far-left extremist.”

Rubio is choosing to go after Demings exactly how Kelly Loeffler went after Senator Raphael Warnock in the Georgia special election, and we all saw how that worked out for her. This is a mistake by Rubio, but when has he ever made a GOOD decision?

It will be particularly interesting if Rubio tries the “Democrats hate the Police” message. Demings is a former police chief, and Rubio voted against a January sixth commission, betraying our friends in blue. This race is highly winnable and is going to be quite fun to watch.