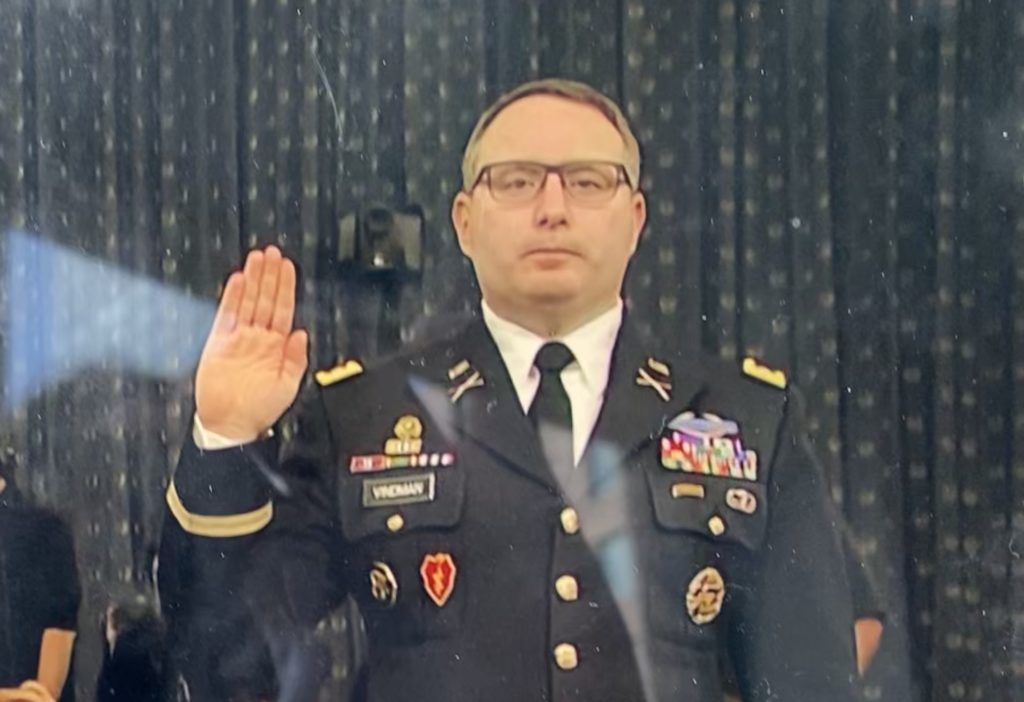 On January 6, 2021 following the attack on the Capitol Lt. Colonel Alexander Vindman Tweeted: “There’s an understandable urge to move forward, indeed our own officials often counsel countries to avoid perceptions of retaliation. Seeking accountability for Trump & the corrupted is not this, it’s uncovering wrong doing to protect / harden our democracy against future abuse.”

We as a country can’t move forward without showing that accountability is always a part of being a law abiding country. If we say, ‘no one is above the law’ then with the most heinous act of an attempted coup, we must take the necessary actions to bring to justice those responsible. We need to show future politicians that they can’t sow discontent that leads to violence and expect to ‘ride off into the sunset’. The words that I heard in one of the videos that went ‘This is our house, let’s set up our government’ were terrifying to hear….because it also is MY governmental house and they don’t care about those that don’t agree with them.

I expect President Biden to have an independent Department of Justice and let the DOJ go through the investigative processes it has and then determine prosecutions. If a governmental representative had any part of the terrorist activities, the DOJ should move accordingly because ‘no one is above the law’. As the confirmation hearings on Biden appointees move forward, when Merrick Garland takes his oath of office he will make sure that the professional team of lawyers under him have the independence and authority to assure that the laws of this country are upheld and those that don’t face the accountability that the law prescribes. We must regain the respect of world leaders by working to prove that money or status is not the ruling posture.

← Mitch McConnell’s new gameDonald Trump is reportedly pardoning Steve Bannon, but it’s not going to work out the way either of them is hoping →