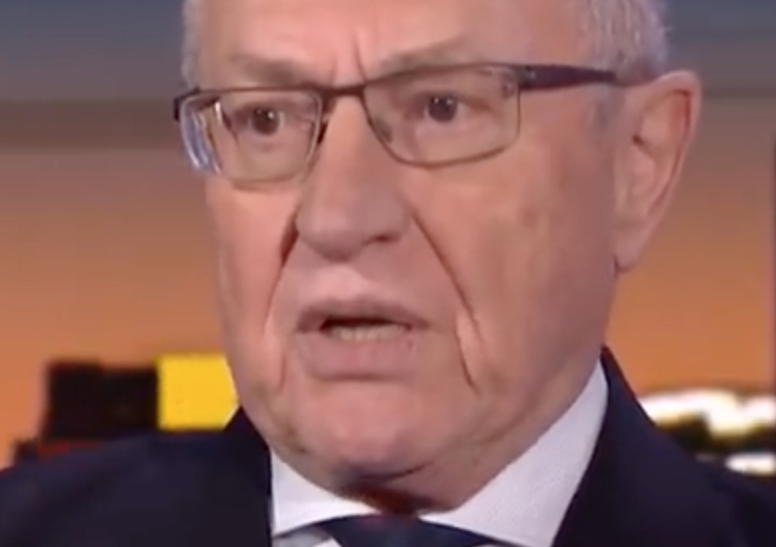 What would this world be like if everybody had to tell the truth? It would be very different than it is now for sure. It would also eliminate many problems in politics. Because right now, the lies are piling up in a fast and furious way. And it is not only politicians who have issues with the truth. This brings me to nobody’s favorite attorney, one Alan Dershowitz.

Once a respected attorney, in the last few years, Alan has done everything from defending the former guy in his impeachment trial to musing on the right to wear underwear while getting a massage at the Epstein compound. I think it is safe to say The Dersh has become a bit of a laughing stock.

And now he’s done it again. Dersh has declared the Derek Chauvin verdict should be overturned. His reasoning is one of the Jurors wore a BLM shirt to an MLK tribute. In the mind of Dersh, this shows the juror is a liar. And in MY mind, this shows what a racist Dersh is. Because a tribute for MLK is definitely NOT a protest.

Dersh has been arguing for the verdict to be overturned since before this news even broke. And this week, he also said there needs to be a new trial outside of Minneapolis in a small “rural” setting.

It is pretty apparent what Dersh is up to with this rant. He wants Chauvin to have a trial in the most favorable setting for the murdering officer. This goes back to my original musings. It would be so nice if he would SAY it.

At this point, it wouldn’t surprise me if Dersh said all potential Jurors should be polled on whether they watch Fox entertainment (Fox News) and the ones that don’t be eliminated. The Dersh should get out of the spotlight since he makes himself look like a fool whenever he is in it.