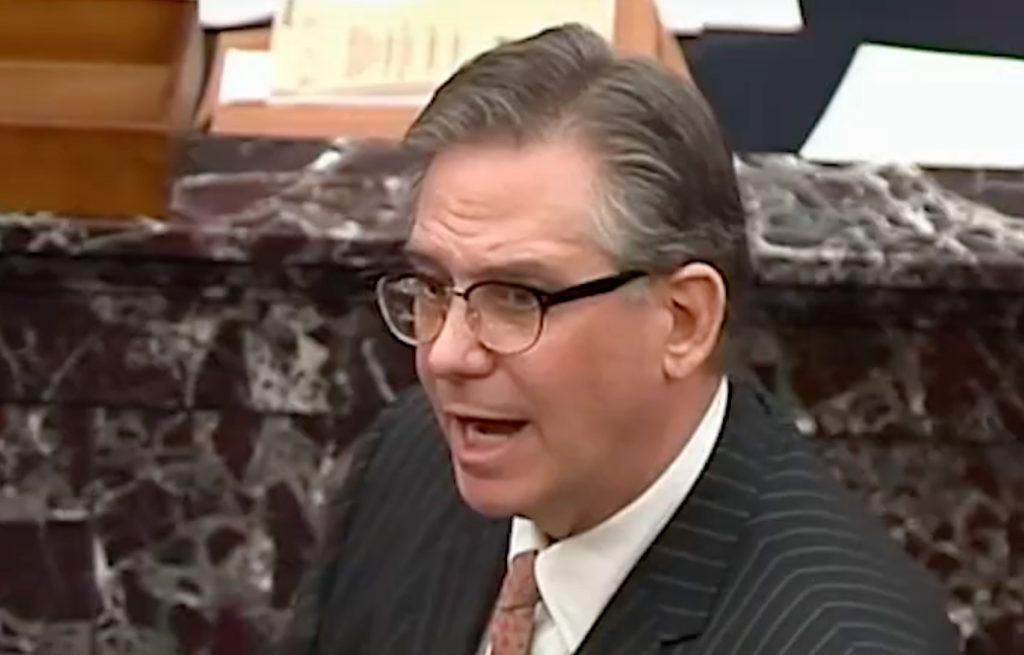 Trump’s lawyers have concluded their defense of Trump. It was lousy from the beginning, but the closing was about as bad as it could be.

First off, you all must forgive me if I sound a bit tired. My eyes and ears are still recovering from the repetition of those “Fight” videos being played. If Trump’s motley band of lawyers were trying to bore us to tears, they did do an excellent job at that. I never want to hear the word “fight” again. Let’s put “fight” out for a bit.

Moving right along, we come to the, ahem, exciting and charismatic Bruce Castor. As he made his closing remarks, he accused Democrats of “criminalizing political viewpoints.”

Well, I don’t know about you, but I’d love to criminalize Domestic Terrorism! Right now, there is no specific law in the books for that behavior. There should be.

And it is the Republicans who play partisan politics. Remember Hillary Clinton? Remember Benghazi? Remember the eleven hours of testimony she gave?

The Trump team did not even attempt to explain why Trump did not call off the violence. And why would they? The answer is because they can’t. Remember, this trial is not just about his words. It is about his actions. And his actions, that day, were not of a man displeased with what he was seeing.

And lastly, calling Trump the party of Law and order is an insult to Police everywhere. Has Trump ever even called Brian Sicknick’s family? Ever? Did he call any of the surviving officers? So, this whole defense is a sham that played out with as much incompetence as we expected. I hope Trump’s team got paid upfront because somehow I doubt the check is in the mail.

← There’s no off-ramp for Donald TrumpThe real reason Kevin McCarthy just revealed that he called up and cursed out Donald Trump during the insurrection →
Posting....
Scroll To Top