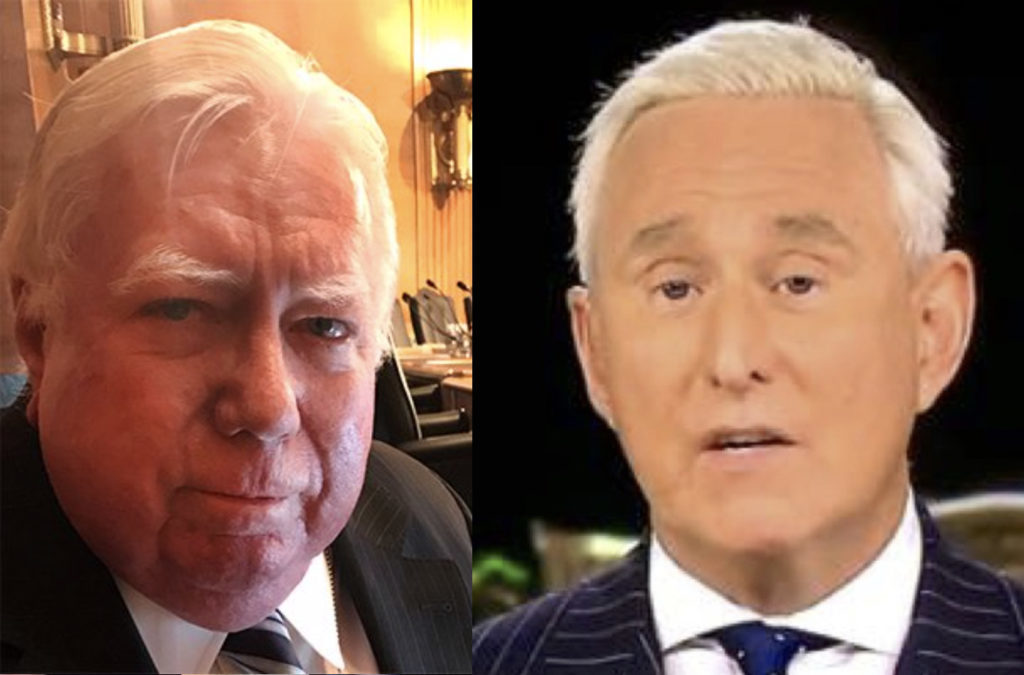 Jerome Corsi is still adamantly insisting that he’s not going to cut a plea deal with Special Counsel Robert Mueller, after their negotiations failed over the weekend. But it turns out Corsi is selling out his longtime associate Roger Stone after all. Instead of just giving the damning testimony to Mueller, Corsi is giving it to the whole world. Stone is firing back, and things just got very ugly.

Jerome Corsi is releasing a new book, and an advance copy has leaked to pro-Trump propaganda site Daily Caller. In the book, Corsi says that after Roger Stone screwed up by admitting in a tweet that he knew WikiLeaks was about to release John Podesta’s emails, Corsi helped Stone concoct a “cover story” involving a phony Corsi memo. Meanwhile, Corsi is still insisting that he wasn’t actually Stone’s go-between with WikiLeaks. If that sounds confusing, here’s the upshot.

Corsi is asserting that Roger Stone lied when he claimed his tweet was unrelated to the WikiLeaks dump. Corsi presumably gave this same testimony to Robert Mueller’s grand jury. Either way, he’s incriminated Stone; Mueller can use the book as evidence if need be. Suffice it to say that Stone isn’t happy about this. On his Instagram page, he responded by yelling “PANTS ON FIRE” and adding “How much did [Corsi] have to drink or how hard did the prosecutors have to squeeze him to make this nonsense up?”

Meanwhile, NBC News is now reporting that Robert Mueller has the emails between Jerome Corsi and Roger Stone, and that they are incriminating. In addition, NBC says that Mueller offered Corsi probation, and not prison, if he had agreed to the plea deal. But the real upshot here is that, even without the plea deal, Corsi has sold out Stone.