By now we’re all well aware that Donald Trump can’t spell at all, and that he doesn’t appear to be very good at reading and writing, either. Trump’s literacy issues are not among his ten most egregious problems, of course. It just adds insult to injury when the guy does all these monstrous things, and then also refuses to have any of his numerous handlers look over his tweets before he posts them. Then again, perhaps his handlers are just as illiterate. 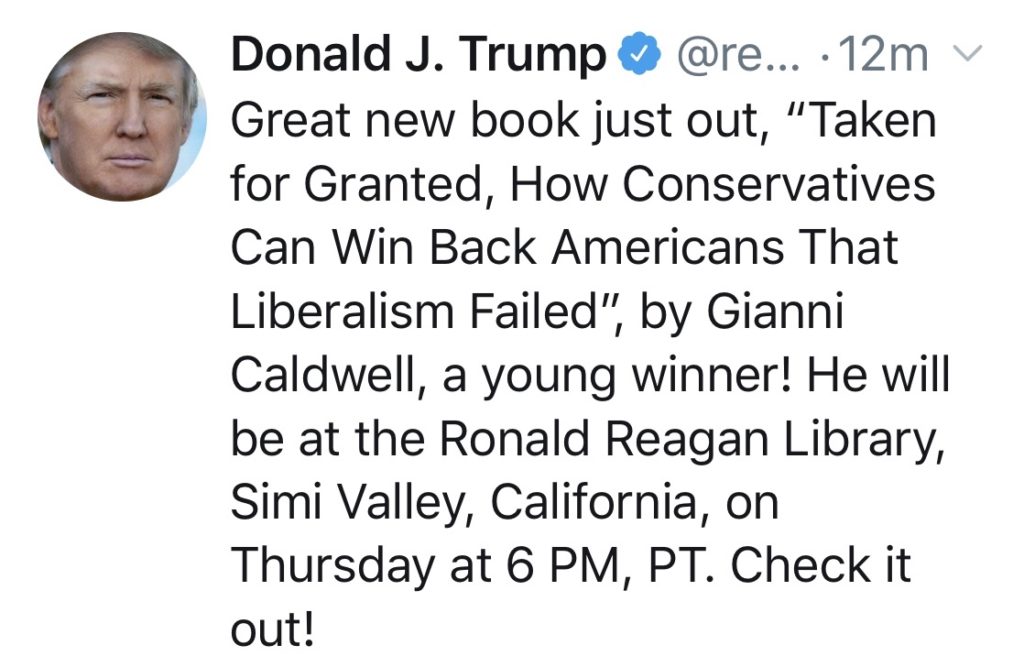 That’s all fine and dandy. The book is surely a bunch of crap, but whatever. The trouble is, that’s not the author’s name. You’d think Trump or his handlers would have deleted this tweet and replaced it with the correct spelling. But instead they did this eleven minutes later: 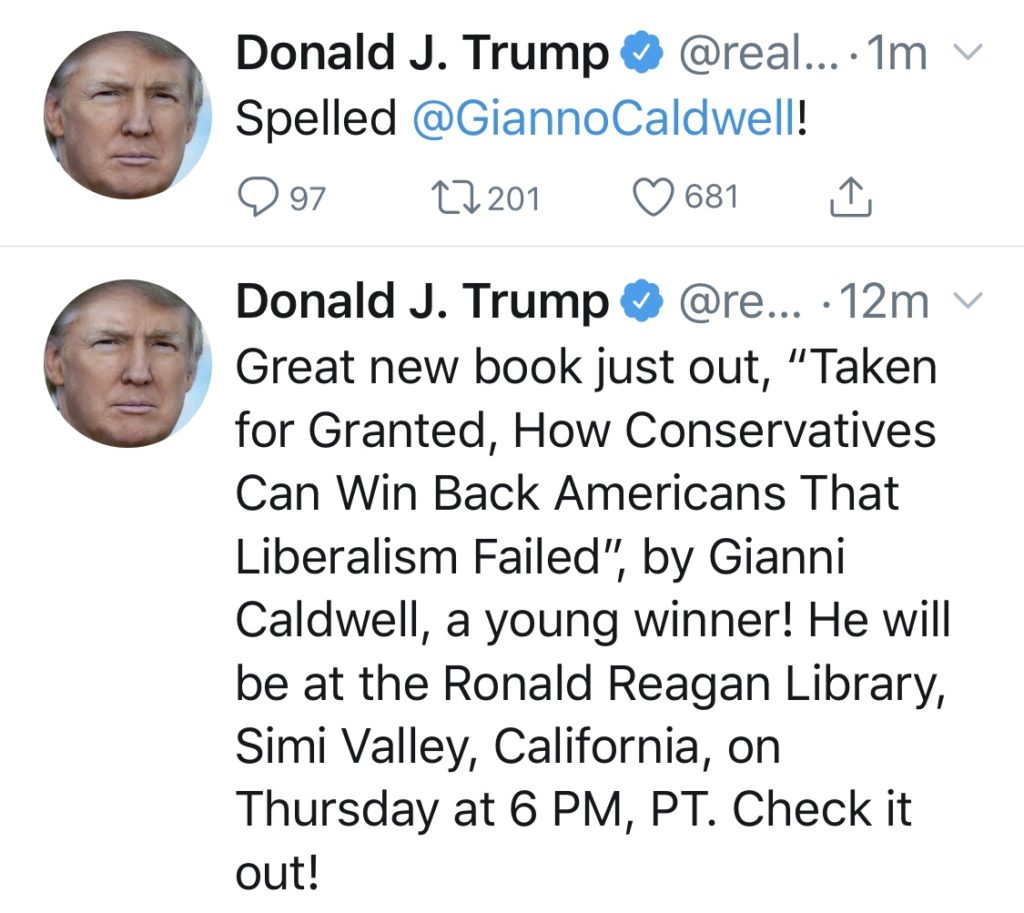 Really? This is how the office of the President of the United States is announcing things now? This is embarrassing beyond words – and it’s the latest sign that Donald Trump and his handlers are completely asleep at the wheel. If they’re botching this announcement this badly, how badly are they blowing the big stuff?