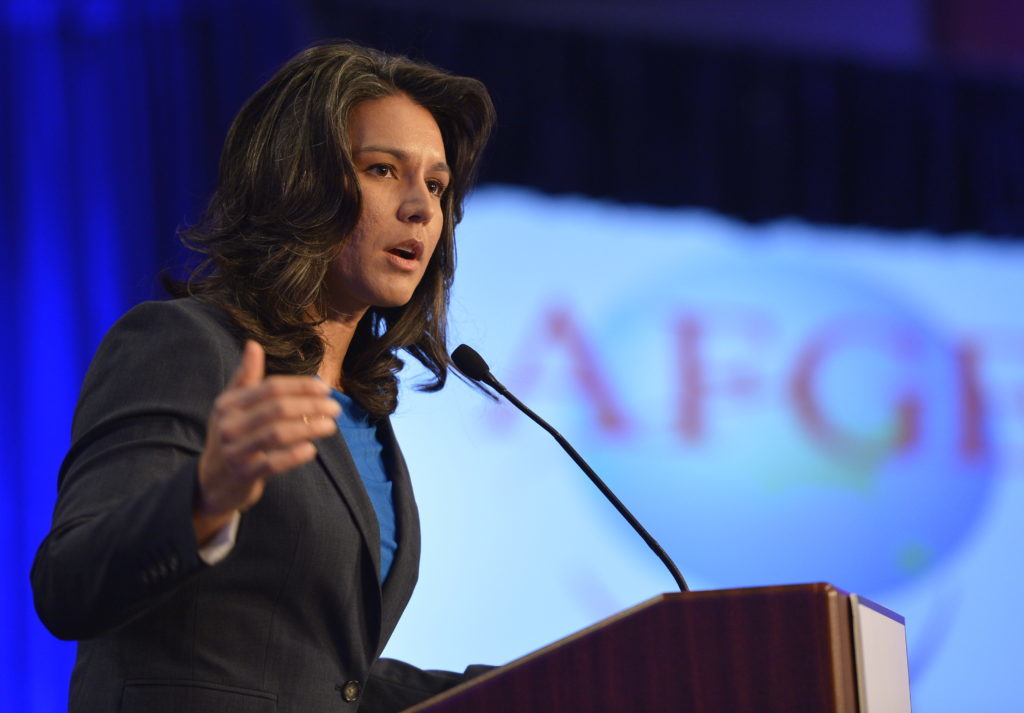 Earlier this month, Democratic Congresswoman Tulsi Gabbard – who has a past record of harsh anti-LGBT views, and a current record of being friendly to Trump, Putin, and Assad – announced that she was running for president in 2020. This was largely met with a negative reaction, considering she’s virtually a right winger and she’s widely regarded as being in the wrong party. Now her campaign is falling to pieces.

Tulsi Gabbard’s campaign manager is already quitting, as is the consulting firm she just hired, according to Politico. This isn’t necessarily surprising. She seemed to think that her aggressively anti-gay agenda from a decade ago wouldn’t resurface, or that she could simply wave it away because she’s since taken pro-LGBT stances. Instead it’s blown up in her face, as these things tend to do when you enter the race for president and your life is placed under a magnifying glass.

But even if voters were to forgive her for that, she’s offered no explanation for why she praised Putin in 2014 while trashing President Obama, why she keeps trying to prop up genocidal dictator Assad in Syria, why she immediately met with Donald Trump after he was illegitimately named the winner of the 2016 election, or why Kremlin-controlled publication Russia Today seems to be in love with her.

During the 2016 democratic primary race, Tulsi Gabbard abruptly resigned from the DNC while making false claims about the primary race having been rigged. She then endorsed Bernie Sanders, which was surreal, considering that he’s on the far left, and she’s one of the more conservative Democrats in Congress. This endorsement led to a few folks mistakenly concluding that she was a “progressive” without bothering to look at her record. She seemed to think this would give her some kind of free pass in the 2020 race, but she’s quickly been outed as anything but progressive.

Worse for Tulsi Gabbard, her decision to enter the 2020 presidential race quickly prompted a fairly prominent Democrat in Hawaii to launch a primary challenge for Gabbard’s seat in Congress. This only makes sense, as the blue state of Hawaii deserves to be represented by a more liberal Democrat than Gabbard. In the long run, her misguided decision to run for president could end up costing her everything. In the short term, her presidential campaign is already melting after being exposed to just a hint of the spotlight. Will she drop out now, or keep digging a deeper hole?

← House Democrats pile on after Donald Trump regime’s latest leakIt’s finally about to be Mitch McConnell’s time in the Trump-Russia barrel →
Posting....
Scroll To Top