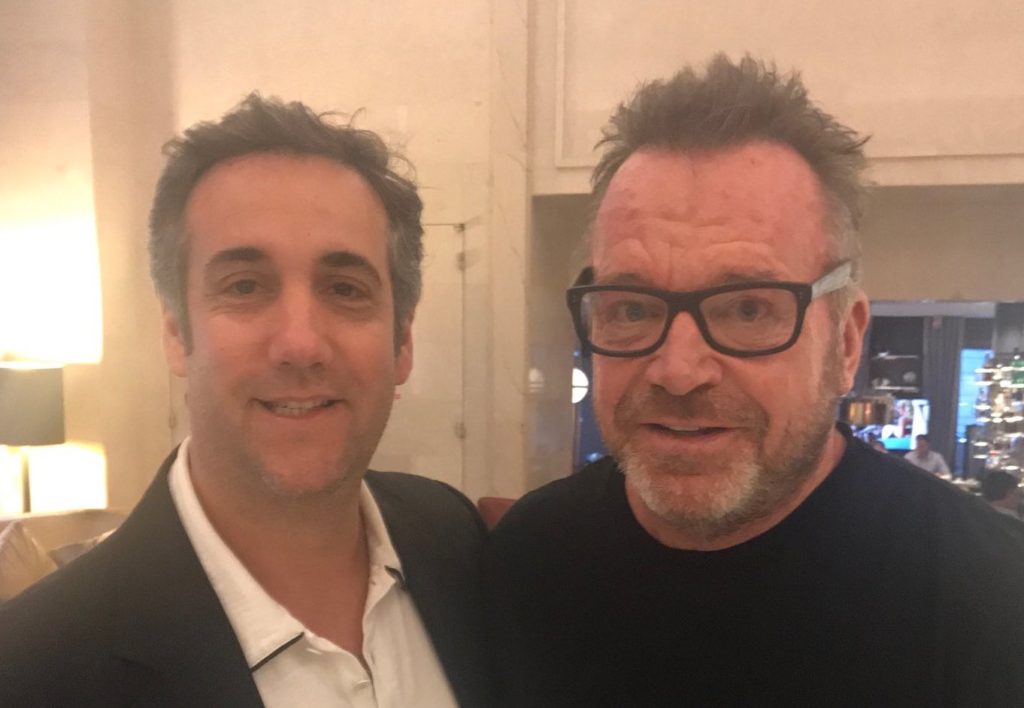 Tom Arnold is one of the good guys. We know this because he’s spent the past couple years working tirelessly to try to expose some of Donald Trump’s darkest secrets. We also know this because, after his words about his relationship with Michael Cohen were misunderstood, he’s now trying to clarify things for the sake of accuracy, which is what the good guys do. But here’s the thing about whatever is going on between him and Cohen: there is something to this.

It started when Tom Arnold tweeted a photo of him and Michael Cohen posing together, with the caption “I love New York.” NBC News then asked Arnold what was going on, and he quipped that he and Cohen are teaming up to take Donald Trump down. Apparently Arnold meant this somewhat in jest, but much of the media mistakenly took it to mean that Cohen was signing on to Arnold’s new Vice TV show about hunting for damaging Trump tapes. Arnold then clarified today that this was not the case, and Cohen – who is rarely on Twitter – sent a “Thank you” tweet to Arnold.

Nonetheless, we now know that something is going on here, at least within Michael Cohen’s head. He knew full well that if he posed for a picture right now with notorious Trump detractor Tom Arnold, it would be interpreted a certain way. So the mere existence of this photo tells us something. But take a look at this photo and see what stands out to you:

Whatever you think of Michael Cohen, he’s in the midst of a no-win situation where he can either sell out his mentor and go to prison for a few years, or go to trial and risk going to prison forever. By all accounts he’s stressed and exasperated. Yet in this photo, Cohen looks genuinely happy, as if meeting with Tom Arnold was the only thing he’s enjoyed all year. It evokes echoes of Melania Trump seemingly genuinely happy to be sitting with President Obama. Cohen looks pleased and relieved to be hanging with the anti-Trump side. There is something going on here.