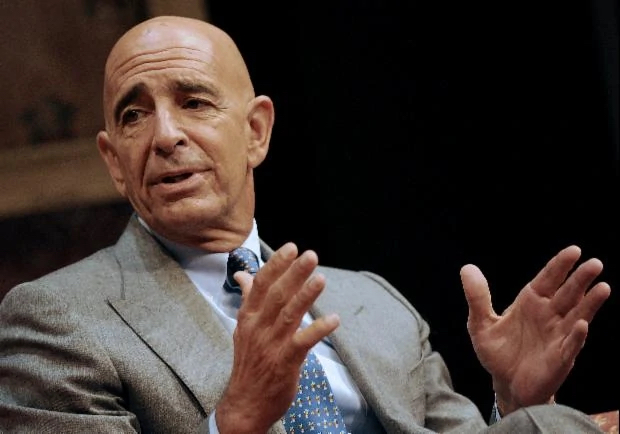 When the news broke this afternoon that Donald Trump associate Tom Barrack was being let out on $250 million bail (including $5 million in cash) pending trial, some observers just assumed that the judge went soft on Barrack. But according to Reuters, it was actually federal prosecutors who agreed to let Barrack out on bail. Why would they do this?

On first blush it sounds counter intuitive. After all, prosecutors are surely hoping to push Barrack into cutting a plea deal, so they can use him against bigger fish like Donald Trump or whoever comes next in line. Wouldn’t keeping him in jail ahead of trial be the best way to nudge him in that direction? Perhaps not.

Back when federal prosecutors arrested Paul Manafort, they agreed to let him out on bail. Manafort then promptly tried tampering with witnesses and got caught. This allowed prosecutors to hit him with additional charges, and revoke his bail. The point of such a move is to give someone like Manafort or Barrack enough rope to get himself into real legal trouble, in the hope that the additional criminal charges will motivate them to indeed cut a deal.

Is Tom Barrack brazen enough to try to meddle with the criminal case against him? One can only hope so, because his communications are certainly being monitored at this point, and if he gets caught in the act it’ll give the upper hand to prosecutors.

There is some concern about Tom Barrack being a flight risk, given that he was charged with essentially being a spy for a foreign government, and that he has the means to flee the country. But he’ll be wearing a GPS monitor and surrendering his passports, making it difficult to get very far.

And given that Barrack is refusing to cut what could be a very lenient plea deal against Trump, Barrack must believe that he can beat the charges at trial. In such case he’d be highly unlikely to try to flee the country, because that would ensure that he’d definitely go to prison if he gets caught. Barrack is likely wrong about being able to beat the charges, given that the Feds don’t bring a case unless they have evidence that’s overwhelmingly likely to result in conviction. But as long as Barrack arrogantly thinks he can beat the rap, he’s unlikely to flee, and there’s a decent chance that someone as arrogant as he is will end up getting caught tampering in his own case. Stay tuned.

← Jim Jordan is at it againThe Tom Barrack can of worms →