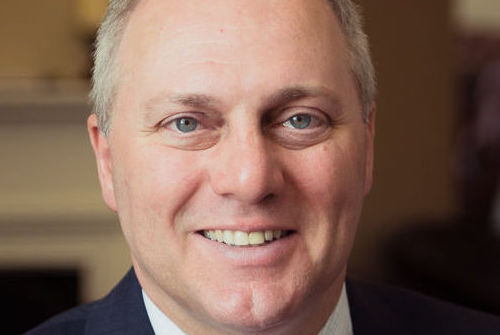 In the latest reminder that there are no limits to how low Donald Trump’s allies will sink to try to salvage his failing 2020 bid, Republican Congressman Steve Scalise tweeted a doctored video on Sunday that set off a furor. It showed footage of health care advocate Ady Barkan, an ALS patient who speaks with a computerized voice. Scalise’s video added words to Barkan’s computerized voice that Barkan never said.

Ady Barkan tweeted this in response to Scalise’s deranged fake video: “These are not my words. I have lost my ability to speak, but not my agency or my thoughts. You and your team have doctored my words for your own political gain. Please remove this video immediately. You owe the entire disability community an apology.”

Leaders from Joe Biden to Nancy Pelosi quickly condemned Steve Scalise and demanded that he delete the video. Twitter slapped a “manipulated media” warning on Scalise’s video, but didn’t delete it outright. Finally, late on Sunday night, Scalise deleted the tweet and announced that he would remove the doctored clip of Barkan from the video going forward. Score one for the good guys. Scalise is a scumbag.