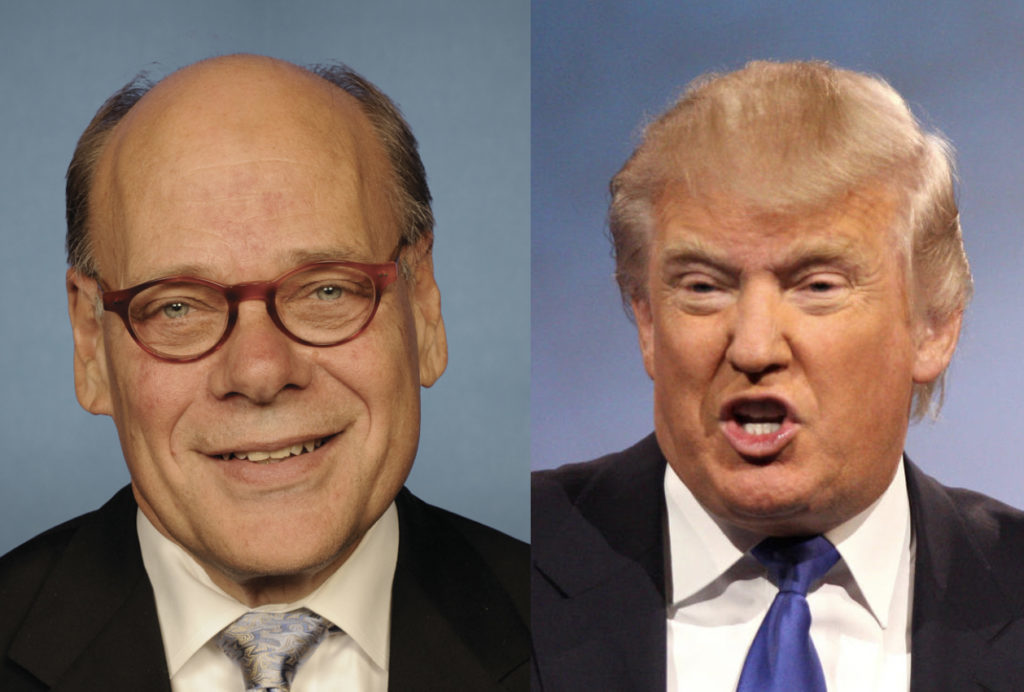 This morning Donald Trump woke up and decided to remind us all for the umpteenth time that 1) he’s a racist, 2) his biggest supporters are racists, and 3) he’s willing to go to any length to pander to their racism. This time around he dragged NFL football into it. Palmer Report was quick to call him out for it – and so was Democratic Congressman Steve Cohen.

You may know Congressman Steve Cohen by now from his periodic cable news interviews. If so, you’ve picked up on the fact that he’s completely unafraid to call out Donald Trump for his antics and shameful behavior. Just as importantly, Cohen sits on the House Judiciary Committee, which is taking the lead when it comes to the upcoming Mueller report hearings, including the public testimony of William Barr and Don McGahn.

This morning Trump heaped praise on Nick Bosa, the second overall pick in this weekend’s NFL Draft, while ignoring Kyler Murray, the first overall pick. This was predictable considering that Bosa is a white kid with a history of racist tweets (which he’s since apologized for), while Murray is a black kid. Palmer Report responded to Trump in this manner: “Inspirational black guy goes first in NFL Draft. White racist idiot goes second. Guess which one Trump congratulated. Trump isn’t the President of the United States. He’s president of bottom feeding garbage.”

Congressman Steve Cohen then quoted Palmer Report and added these words of his own: “Just as he neglected James Shaw jr., Waffle House hero, who bare handed saved lives grabbing shooters rifle but being African-American, got no Trump tweet or invite. Heroism while Black.” We couldn’t have said it better ourselves. By the way, Cohen’s House Judiciary Committee is, by rule, where the impeachment process begins.

www.palmerreport.com
960
SHARES
Facebook ShareTwitter ShareEmail this articlePrint Article
LinkedinGoogleWhatsappPinterestRedditStumbleuponBufferTumblrPocketLine
← Donald Trump has berserk meltdown after Fox News exposes his crimesMike Pence comes out of hiding and makes things even worse for himself and Donald Trump →
Leave a Comment