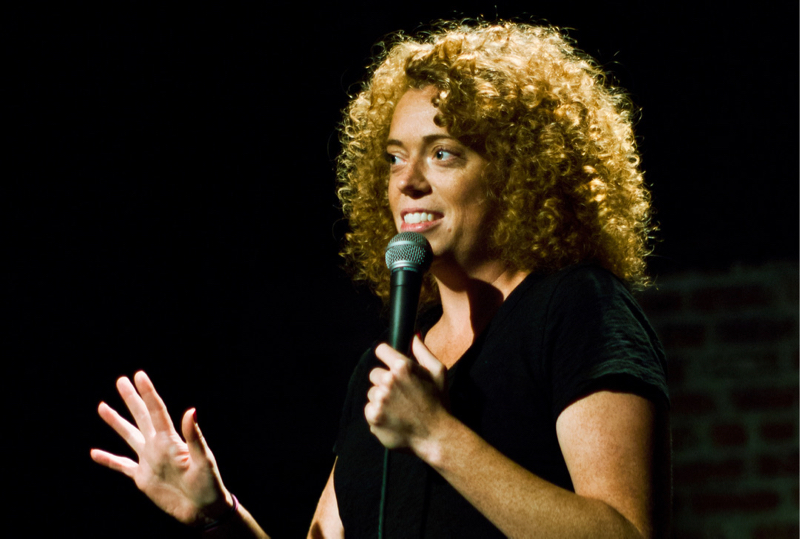 If you didn’t watch the White House Correspondents’ Dinner last night, and you’ve merely heard about it from the media, you’d think comedian Michelle Wolf had spent the entirety of her speech trashing Sarah Huckabee Sanders’ physical appearance. The media has spent all day debating whether those attacks were appropriate. Here’s the thing: that’s not even what really happened.

Michelle Wolf opened with one quip about how Sarah Huckabee Sanders reminded her of a certain character from the Handmaid’s Tale. There has been debate as to whether Wolf was making this comparison due to the character’s physical appearance or disturbing behavior. Somewhere in there Wolf also complimented Huckabee Sanders on how she does her makeup. There has been debate as to whether it was a genuine or sarcastic compliment. You can have whatever opinion you want about that. But none of it was at the center of Wolf’s remarks about Huckabee Sanders.

If you actually watched the dinner, you know that Michelle Wolf used the vast majority of her remarks about Sarah Huckabee Sanders to address her constant lies during the White House press briefings. In fact Wolf used the word “lies” three times in the span of a minute and a half. When a public figure is accusing the White House Press Secretary of being a constant liar, it’s a big deal. Yet the mainstream media is largely acting as if this didn’t happen. Similarly, after Wolf did an entire riff on how Donald Trump is financially broke, the media largely ignored this as well.

It’s as if the mainstream media went out of its way to create the false narrative that Michelle Wolf spent the whole time riffing on Sarah Huckabee Sanders’ looks, so it could bury the fact that Wolf called out Huckabee Sanders for lying, and called out Donald Trump for being broke. These are two topics the media has largely been afraid to touch on in general – perhaps because they’re afraid of losing their access to those White House press briefings. The real scandal here is that the media is trying to effectively silence Michelle Wolf by drowning out what she actually said by putting other words in her mouth instead.