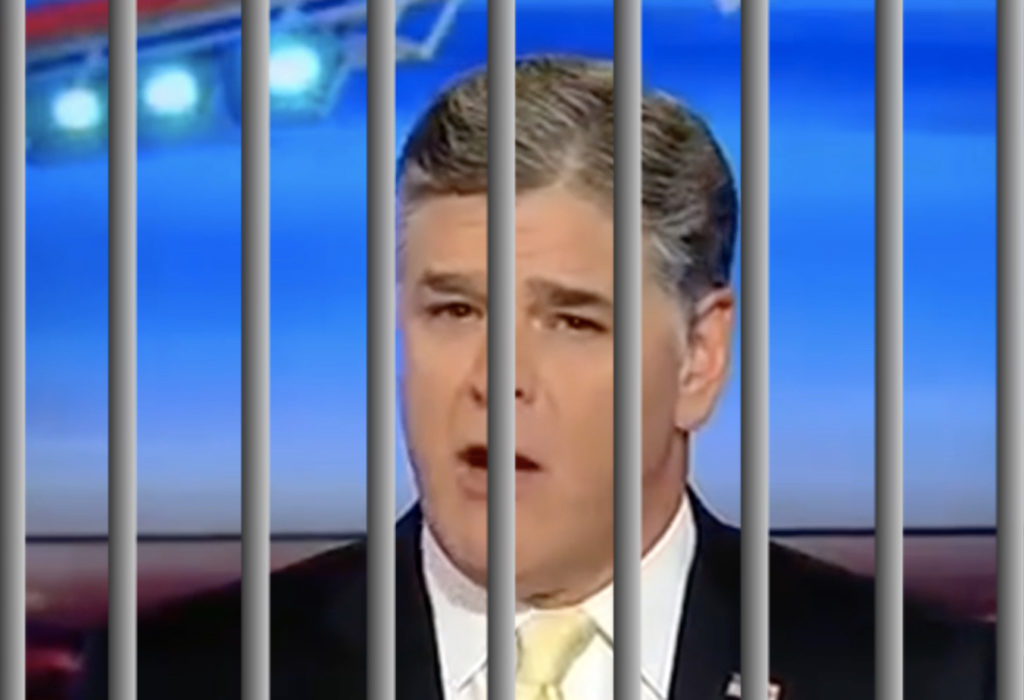 This week’s indictment of Roger Stone was a clear legal shot at Steve Bannon, who allegedly instructed Stone to illegally conspire with WikiLeaks, and at Donald Trump and/or Donald Trump Jr, as one of them is alleged to have told Bannon to tell Stone. But the Stone indictment also appears to put someone else in the legal crosshairs: Fox News host Sean Hannity.

The indictment spells out that Roger Stone’s WikiLeaks liaison privately told him to start focusing on Hillary Clinton’s health. This was at a time when no one was talking about Hillary’s health; even her detractors hadn’t yet begun making things up about her health. But right after this, Sean Hannity began focusing heavily on Hillary’s health, as recently pointed out by journalist Kurt Eichenwald. There are only three ways this could have happened, and one of them could send Hannity to prison.

The first is that Sean Hannity is an incredibly lucky guesser, and he just happened to guess that someone out there was about to put Hillary Clinton’s health into sharp focus. The second is that Roger Stone told Hannity to begin focusing on Hillary’s health, but didn’t tell him why, and Hannity just took a leap of faith that something was coming.

The third, and seemingly most likely by far, is that Roger Stone told Sean Hannity to start talking about Hillary’s health because WikiLeaks had told him it was about to put it front and center. This would mean that Hannity was a co-conspirator in a foreign entity’s plot to receive and publish stolen goods – which is something you go to prison for.

Robert Mueller would need to prove that Sean Hannity knew the information he was getting from Roger Stone was coming from WikiLeaks. But keep in mind that Mueller already has all of Stone’s electronic communications. If those records show that Hannity knew what he was participating in, he’s in serious legal trouble. That’s before getting to whatever Hannity had going on with his “attorney” Michael Cohen, who has already cut a plea deal and surely shared it all with Mueller.

www.palmerreport.com
7084
SHARES
Facebook ShareTwitter ShareEmail this articlePrint Article
LinkedinGoogleWhatsappPinterestRedditStumbleuponBufferTumblrPocketLine
← Nothing is stopping Robert Mueller nowSenator says Donald Trump is on the verge of getting hit with criminal charges →
36 Comments