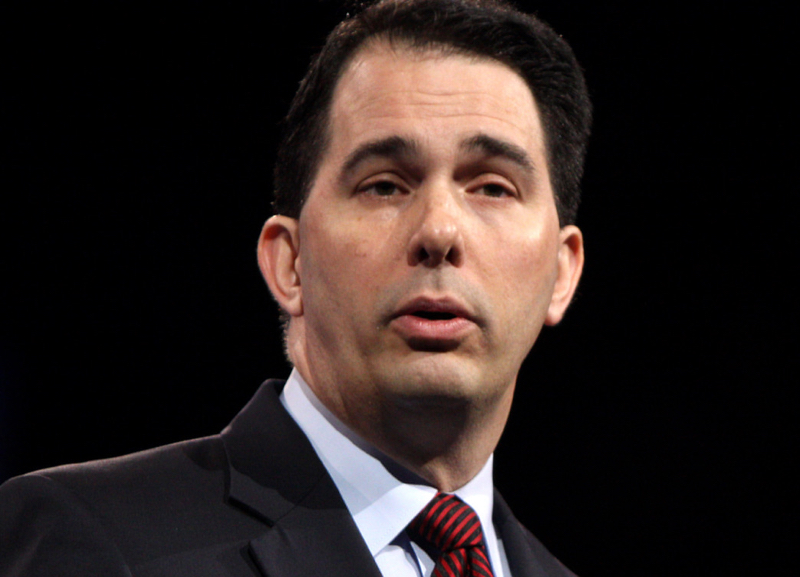 Scott Walker is, mercifully, no longer the Governor of Wisconsin. However, he is still a lying sack of crap who is continuing to dishonest shill for the wealthiest one percent of the country. Walker tried out a new line of attack, but he promptly got his butt handed to him.

There has been a lot of internal debate among Democrats and liberals about the 70% marginal tax being proposed for the wealthiest Americans by Congresswoman Alexandria Ocasio-Cortez. But what’s not in dispute is how the math would work on such a tax. That is, of course, unless you live in Scott Walker’s deranged mind. Walker tweeted this completely asinine scenario:

Explaining tax rates before Reagan to 5th graders: “Imagine if you did chores for your grandma and she gave you $10. When you got home, your parents took $7 from you.” The students said: “That’s not fair!” Even 5th graders get it.

Of course this would only be true if the fifth grader in question has millions of dollars of other income, making him wealthy enough to qualify for the top tax bracket. Even then, a marginal tax only applies to income above a certain level. So literally no one would be paying 70% of their income. Ocasio-Cortez fired back accurately:

“Explaining marginal taxes to a far-right former Governor: Imagine if you did chores for abuela & she gave you $10. When you got home, you got to keep it, because it’s only $10. Then we taxed the billionaire in town because he’s making tons of money underpaying the townspeople.”

Even as debate among Democrats continues as to whether we should return to the high marginal tax rates on the wealthiest Americans that helped fund the nation and grow the middle class in decades past, there is no debating that Scott Walker is a buffoon. Not only is he unemployed, he just got embarrassed by someone who has only been in Congress for two weeks. Also, Walker should be working on his criminal defense strategy in the Trump-Russia scandal, not screwing around on Twitter.

← Is this the end of Fox News as we know it?Nancy Pelosi achieves checkmate →