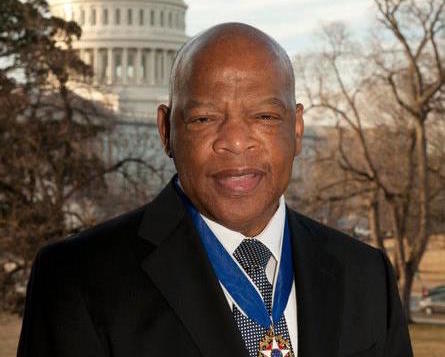 In his first week in office, President Joe Biden has been tackling one major new topic nearly every day. Today Biden turned his focus to racism and inequality. He signed executive orders ending the federal government’s relationship with private prisons, enacting protections for Asian-Americans who are being discriminated against in the COVID era, and ending Trump’s 1776 commission, which he called “harmful.”

These were all moves that Biden was able to do today with the stroke of an executive order pen. He also addressed other racial equity topics which he’ll have to pursue via legislation. He voiced support for police reform. He also threw his support behind a new Voting Rights Act, which he confirmed should be named after the late John Lewis.

Passing major complex legislation takes time, even with majority control of the House and Senate. But with Senate Democrats having taken full control of the Senate last night, along with the power to partially or fully kill the filibuster at any time, they should have little trouble passing any legislation that all fifty Democrats agree on. This is going to be an era of tremendous concrete progress, so long as we remain united behind Democratic leaders.

← The real reason President Biden is getting what he wantsTucker Carlson crashes and burns →
Posting....
Scroll To Top