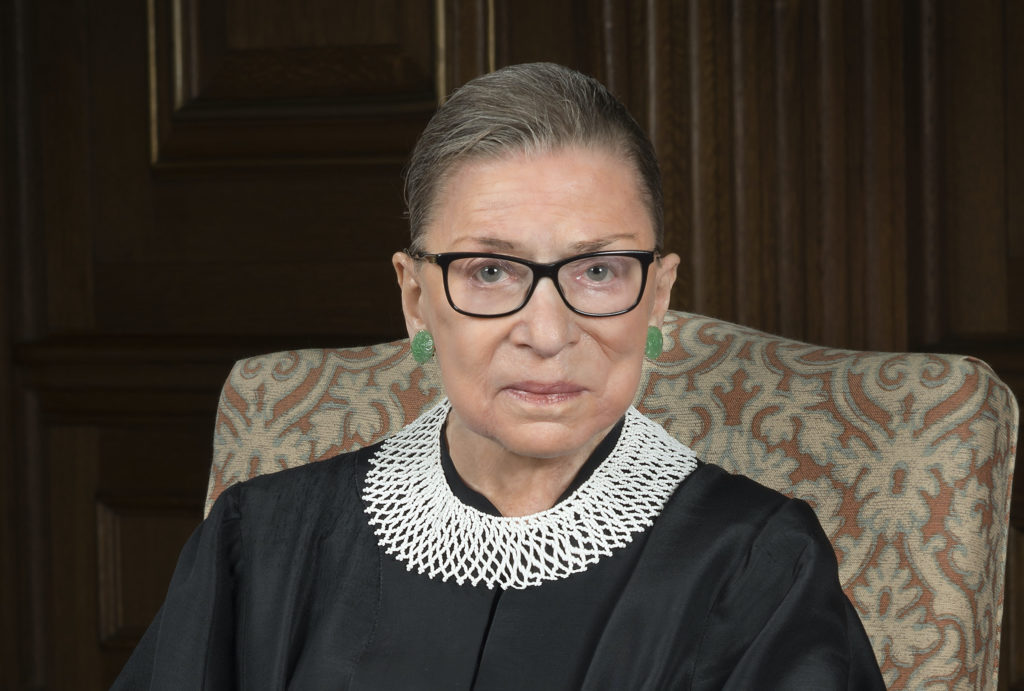 There are few things that disgust me more than realpolitik jurisprudence. That is, the kind practiced by Associate Justice, rapist and full time beer drinker Brett Kavanaugh, just to pick someone out of thin air. He decides which side of a Constitutional issue he’s going to champion based on a licked finger hoisted to test a Donald Trump wind. Kavanaugh then retroactively searches for and seizes upon any half-baked supporting argument to justify his position.

Few justices in the history of the United States Supreme Court had a more diametrically opposite approach to the Kavanaugh jurisprudence realpolitik than Ruth Bader Ginsburg. Whether you agreed with her decisions or not, she never left you with any doubt (or any lack of respect for) how she arrived there and why her path was always shatteringly sensible. Her reasonings weren’t merely sound and concise, but were so often perfect artifacts of logic in motion that they even sometimes changed dissenting minds.

Since her nomination to the Supreme Court by Bill Clinton in 1993, “Notorious RGB” has become a thing, an icon, a face and figure for posters. Ginsburg was the product of not one but three Ivy League universities, to wit Cornell, Columbia and Harvard. One very quickly forgets that she stood just sixty-one inches tall. She towered intellectually over virtually everyone she came into contact with. In the presence of her laser intelligence no one was safe. To paraphrase Gore Vidal, the three most frightening words in the English language were sometimes Ruth Bader Ginsburg.

Justice Ginsburg left a permanent stamp of her presence on the SCOTUS in a way that few associate (or even chief) justices ever have. Ginsburg fought against gender discrimination, unreasonable search and seizure and for a woman’s right to choose. She is the first Supreme Court justice to officiate at a same-sex wedding. Above all she fought tirelessly and her whole life for that thing called the Constitution of the United States, a document that is all-too-often neglected by political opportunism in these terrifying times.

Justice Ginsburg was a progenitor of the notion that reasonable minds can differ and still remain civil. She and fellow Associate Justice Antonin Scalia famously remained best friends despite their differing philosophies until his death in 2016. In one instance Scalia showed her an advance copy of his dissenting opinion on an issue for which she was writing the majority opinion. “I took this dissent, this very spicy dissent,” Ginsburg said later, “and it absolutely ruined my weekend.” It caused her to make changes to her majority opinion.

Justice Ginsburg believed that, though she and Justice Scalia came at the law from opposite directions, they each, in their own respective ways, cherished the same goal, that of the good enshrined in the Constitution and the people for whom it was moulded to serve.

She wasn’t only justly famous as a jurist and a friend, Ginsburg was also famous sartorially. Her celebrated collars, one for when she was taking the dissenting opinion and another for when she was taking the majority opinion, made for a classy counterweight to the normally ossified and clerical black and white Supreme Court fashion. The day after Trump was elected she wore her dissenting collar.

The manner in which Republicans will try to replace her stands in complete contradiction to the good and rational and fair and just methods she unflinchingly practiced her entire life. After sanctimoniously lecturing Americans in 2016 on why a SCOTUS nominee must never be put forward during an election year, Republicans are now going to try to do just that. Ruth Bader Ginsburg would have found such open hypocrisy not merely injudicious, but morally repugnant.

Ruth Bader Ginsburg was a woman for the century, and today she belongs to the ages. She will be missed, especially at a time when she is most desperately needed. And, as ever, ladies and gentlemen, brothers and sisters, comrades and friends, stay safe.