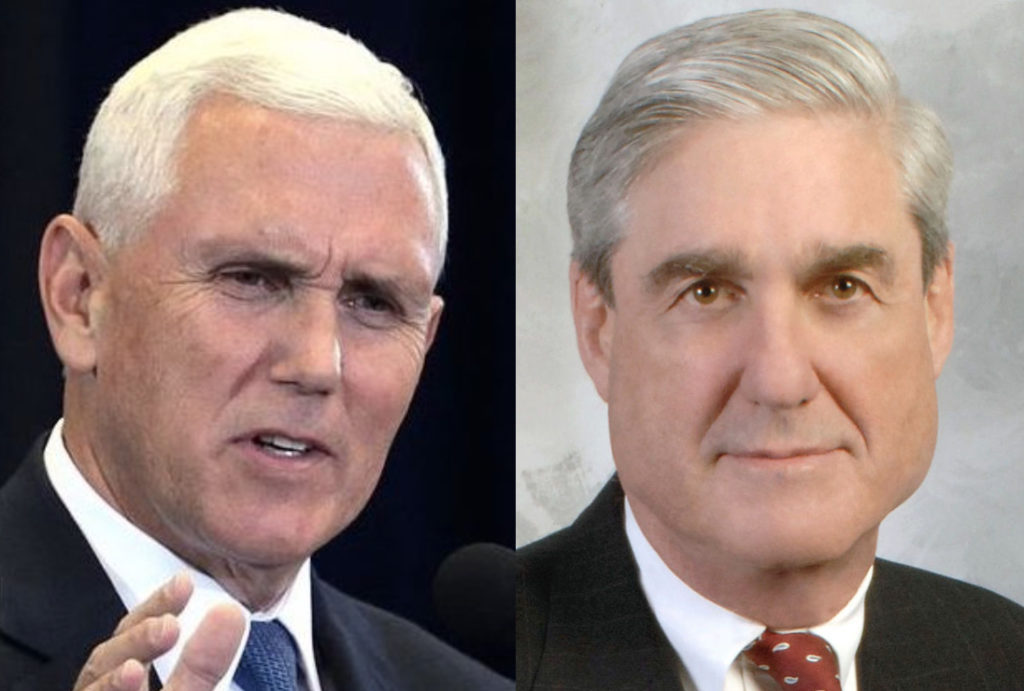 The events of the past twenty-four hours have sealed it: Special Counsel Robert Mueller has Mike Pence nailed. We received a pretty strong hint two weeks ago when Mueller used his Michael Flynn sentencing memo to make a point of not redacting the fact that the Trump transition team was dirty. The head of the transition team? Mike Pence, of course. It sure sounded like Pence had a problem – we just didn’t know precisely what that problem was. But now it’s become much more clear.

Yesterday we saw the arrest of Michael Flynn’s business partner, Bijan Kian. The two of them took a half million dollar payment from a Turkish government representative in exchange for targeting a guy in Pennsylvania named Fethullah Gulen. It’s clear in hindsight that Flynn gave up Kian more than a year ago, when he first cut his cooperation deal. So why wait until now to finally bust this guy?

The only reason to wait this long to bust a low level guy like Bijan Kian is if you’re building a larger case against larger targets involved in that same crime, and you don’t want to give away your gameplan too early. So who would be the bigger targets here? It turns out Bijan Kian was a member of the – get this – Trump transition team.

Mike Pence was willing to risk his political future, his reputation, and even potentially his freedom, all so he could bend over backward to coddle Michael Flynn, and ultimately to cover up Flynn’s crimes against the United States. No one ever goes to that extent to cover for an underling unless they’re personally beholden to that underling, or they’re in on the underling’s crimes, or both. It gets worse.

It was long ago widely reported that Robert Mueller did an end-around to obtain copies of every email sent to or from every Trump transition team member. That’s in addition to the testimony and evidence that Michael Flynn provided a year ago. So Mueller already knows what really went down with the Trump transition team crime spree. He wouldn’t have waited all this time to make a move on a peon like Bijan Kian unless it was necessary in order to preserve the integrity of a related criminal case he was building against a bigger fish.

In the past few weeks Robert Mueller has finally sent Flynn off to sentencing, and finally arrested Kian. They’re both signs that Mueller is now just about ready to make his move against the big fish in the Flynn-Kian criminal conspiracy. On the Trump transition team, Mike Pence is the big fish.