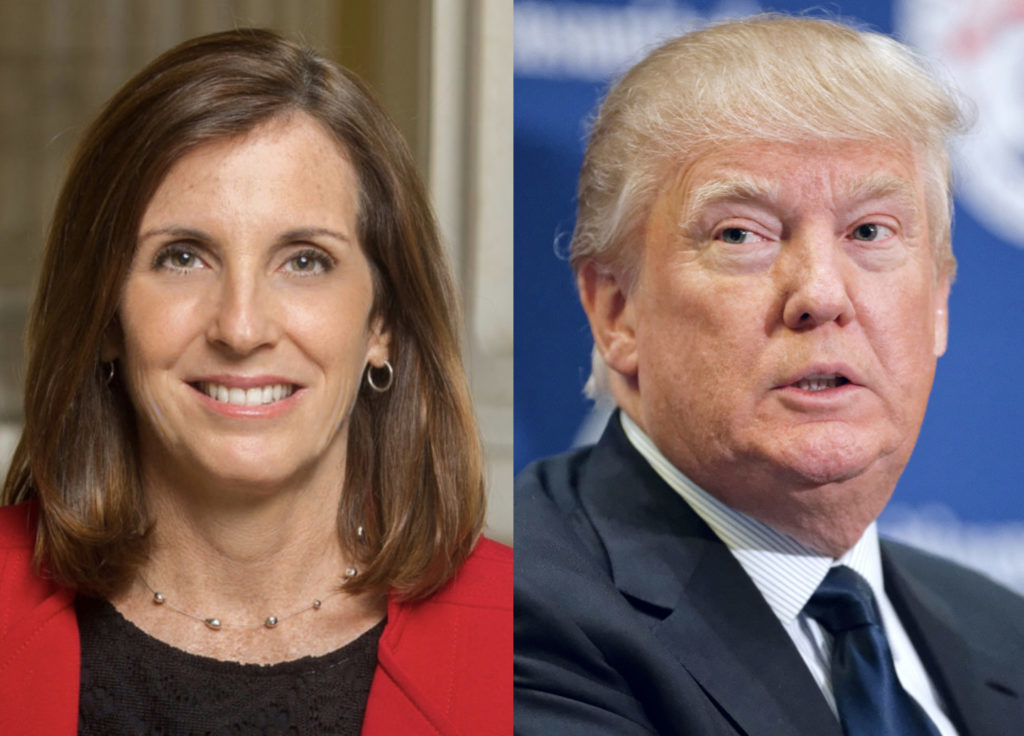 Republican Senators were already in disarray about whether they needed to call witnesses against Donald Trump during his impeachment trial, because failing to do so could harm their own personal chances at reelection. Last night’s Lev Parnas interview with Rachel Maddow upset the apple cart even further. If you’re looking for evidence of just how rattled the GOP Senate is about the trial, just ask Republican Senator Martha McSally.

Better yet, you can watch respected CNN reporter Manu Raju ask Martha McSally about whether the Senate should consider the new evidence from Parnas. McSally promptly melted down, saying “You’re a liberal hack I’m not talking to you … You’re a liberal hack.” Watch the video below:

Q: Senator McSally, should the Senate consider new evidence as part of the impeachment trial?

McSally: You’re a liberal hack I’m not talking to you

Manu- You’re not going to comment about this?
McSally: You're a liberal hack. pic.twitter.com/IW5pCfZ6Oa

Martha McSally lost when she ran for Senate in 2018. She was then appointed to the late John McCain’s Senate seat, to finish out the term which ends in 2020. She’s now up for reelection already, and her Democratic challenger is respected Navy veteran and former astronaut Mark Kelly. There’s a very good chance McSally is about to lose her Senate seat after just two years, after having never earned it to begin with. Trump’s impeachment trial could hurt her odds even more. No wonder she’s melting down.