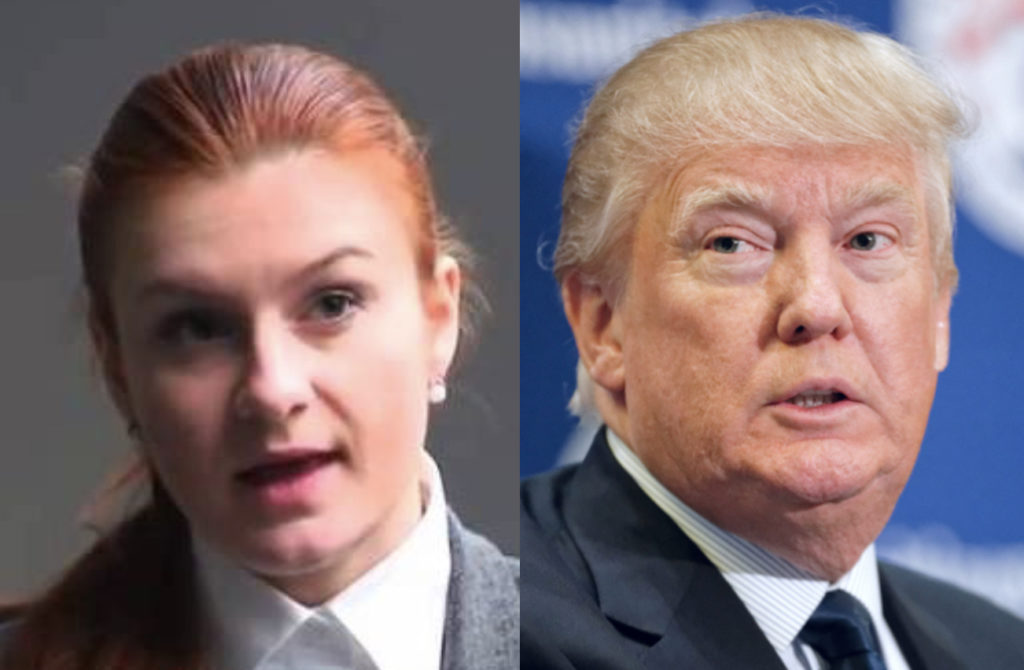 One day after Russian operative Maria Butina’s cooperating plea deal in the Trump-Russia scandal was announced, we’re now getting details of that deal. No, we don’t yet have confirmation of the names of the people she gave up. But considering the lenient sentence she just received, we don’t even need names, because it means she gave up everyone.

If Maria Butina had refused to cut a deal, she could have ended up charged with any number of espionage-related felonies. In fact, according to NBC News, her plea deal spells out the severity of her crimes, stating that she worked to “establish unofficial lines of communication with Americans having power and influence over U.S. politics … for the benefit of the Russian Federation.” Yet she’s getting little to no prison time.

Yet federal prosecutors are only requiring her to plead guilty to a single comparatively minor charge, which will likely carry a zero to six month prison sentence. In other words, this is essentially the same deal that Michael Flynn was given. He cooperated fully, and prosecutors ended up recommending no prison time at all. This is different in that she’s currently being denied bail because she’s a flight risk, but if she lives up to her end of the deal, she’ll likely go free once her cooperation is complete. And while deportation is usually a part of these kinds of deals, prosecutors aren’t going to send her to her death in Russia.

The bottom line is that prosecutors working in league with Robert Mueller just gave a potential free pass to a Russian spy who conspired with various Americans to alter the outcome of the 2016 presidential election. This can only mean that, during her proffer session, she gave up so much valuable information on so many bigger fish, they decided it was worth giving her a free pass. Everyone in the GOP and NRA with ties to Butina should be panicking right now.