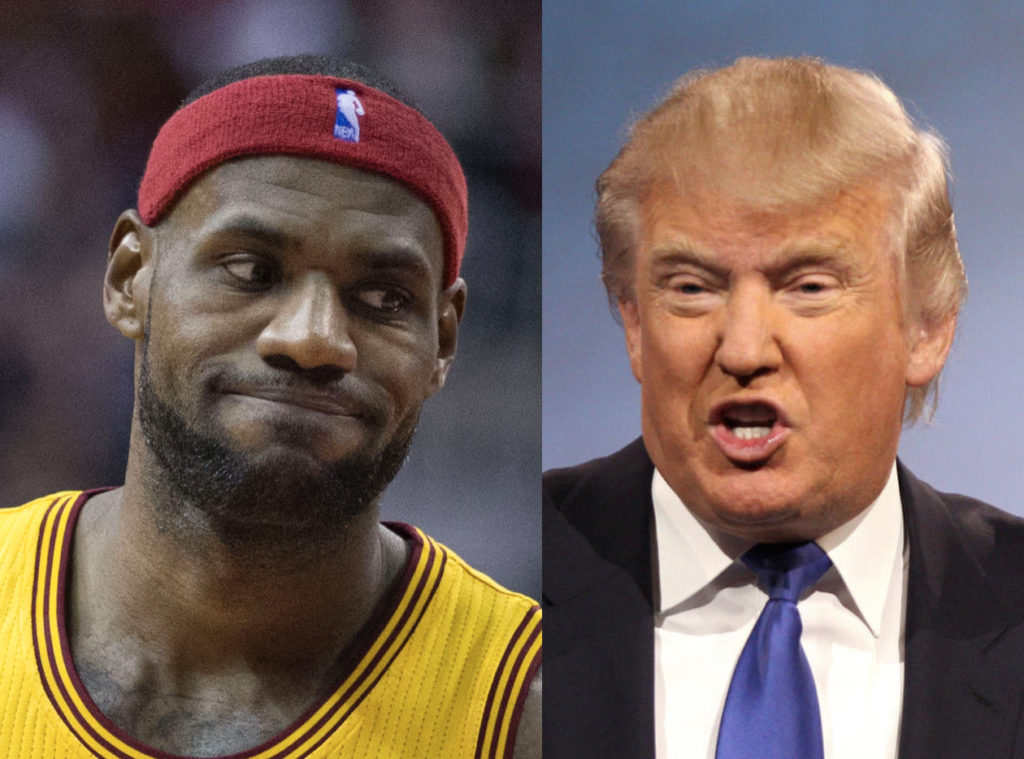 A month and a half ago, in a thinly veiled racist attack, Donald Trump insulted the intelligence of NBA superstar LeBron James. In response, LeBron did something very smart – he decided not to give Trump the ongoing feud he was looking for. Instead LeBron ignored the insult, even as black and white athletes from various sports came to his defense. Now LeBron is finally firing back at Trump, but he’s doing it in dignified fashion.

LeBron James signed with the Los Angeles Lakers in the offseason, and so naturally, he’s granted a new interview to The Hollywood Reporter. When he was asked about Donald Trump’s earlier attacks on his intelligence, he simply stated “That’s like somebody saying I can’t play ball. That doesn’t bother me at all. What bothers me is that he has time to even do that. He has the most powerful job in the world. Like, you really got this much time that you can comment on me?”

This response serves the dual purpose of slam dunking Trump over his unwillingness to focus on the job at hand, and leaving the door closed for Trump to fire back. If Trump were to respond to this in any way, it would automatically prove LeBron’s point about Trump having too much time on his hands.

Donald Trump has an ugly history of trying to start fights with famous black athletes in the hope of firing up his racist base. When the Golden State Warriors won the NBA Championship in 2017, the team’s star Steph Curry said he wouldn’t attend the White House because of Trump. In response, Trump “disinvited” him on Twitter. This prompted LeBron to come to Curry’s defense, famously tweeting this at Trump: “U bum, Steph Curry already said he ain’t going! So therefore ain’t no invite. Going to White House was a great honor until you showed up!”

← Brett Kavanaugh, Chuck Grassley, and Trump-Russia blackmailDr. Christine Blasey Ford may have just found a backdoor for bringing the FBI into the Brett Kavanaugh scandal →
16 Comments