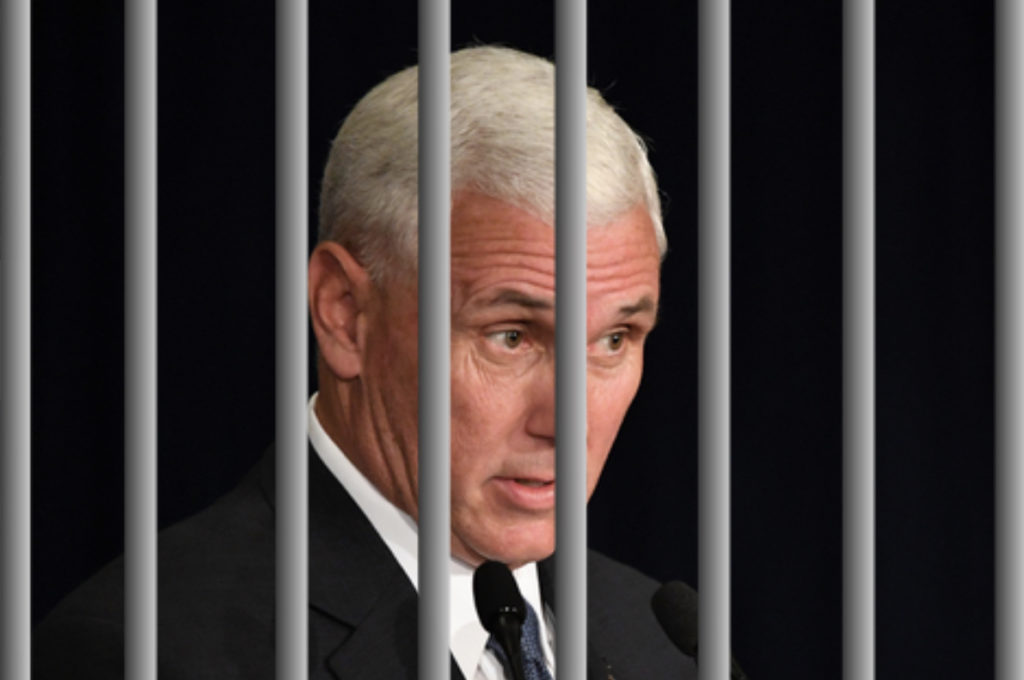 On Thursday, as the news was surfacing that Paul Manafort was in the process of cutting a plea deal, Palmer Report pointed out that this could end up having a very ugly outcome for Mike Pence. Among other reasons, it was Manafort – who was under Kremlin control the entire time – who pushed Donald Trump into picking Pence to begin with. Now that Manafort has indeed flipped on everyone, it turns out one of the nation’s foremost legal experts agrees with us about Pence.

Here’s what Harvard Law Professor Laurence Tribe had to say on Twitter after the Manafort cooperation agreement was revealed: “Anyone recall who hand-picked Pence as Trump’s VP? Paul Manafort. And recall who led the squirrely transition? Mike Pence. Watch what unfolds as Manafort tells Mueller all he knows!” Jennifer Rubin, a conservative reporter for the Washington Post, added this: “Who carried fake cover story on Comey firing? Pence. Who carried misinformation about Flynn’s convers with Russians? Same.”

Here’s what Palmer Report wrote about the matter on Thursday: “There was no legitimate reason for Paul Manafort to have zeroed in on Mike Pence, whose approval rating as Governor of Indiana was so low, he wasn’t even bothering to seek reelection. If Manafort believed that Donald Trump needed an evangelical running mate, there were better options than Pence. The move simply made no sense at the time … If the Kremlin told Manafort to go with Pence, then Manafort is about to tell Mueller why.” But Tribe brings up another good point.

Last December, Palmer Report brought you the story of how Special Counsel Robert Mueller had been sitting on the emails from the Trump transition team all along. Mike Pence was the head of the transition team. It was separately reported that the transition team knew at the time that Michael Flynn was coordinating with the Russian Ambassador. So unless the rest of the transition team went out of its way to prevent Pence from knowing about this, Pence knew. That would further confirm that Pence lied about Flynn in early 2017, which would constitute felony obstruction of justice.

← Michael Cohen is cooperating with Robert Mueller after all. Just how important is he to Trump’s downfall?How Robert Mueller managed to saw Donald Trump in half →
Posting....
Scroll To Top