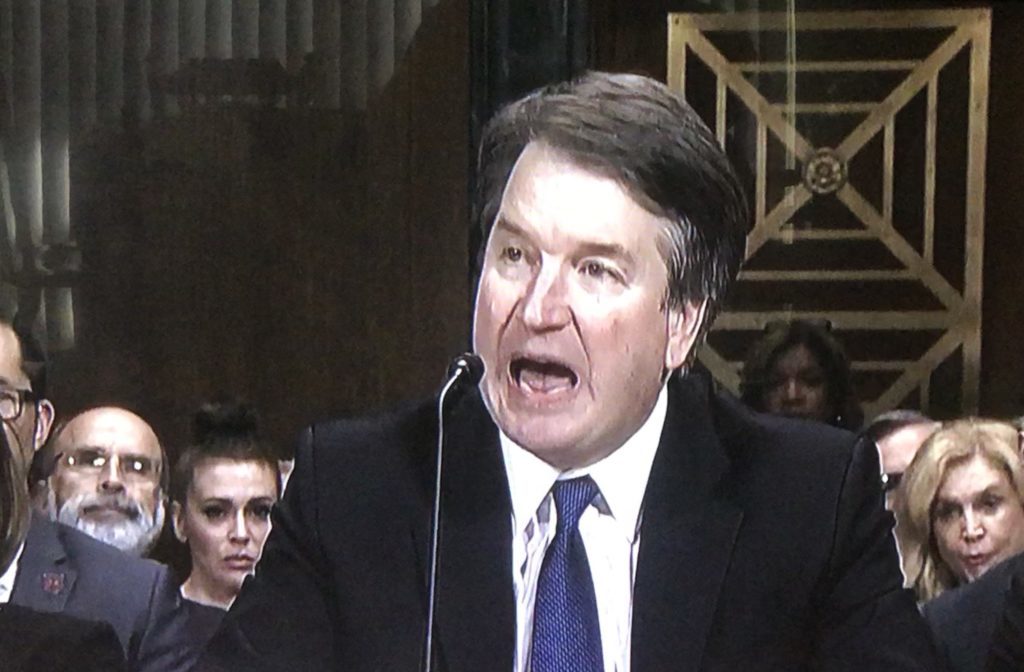 Republican Senate Majority Leader Mitch McConnell has spent the week publicly insisting that, the minute the FBI report arrives on the sexual assault accusations against Brett Kavanaugh, he’ll hold a vote on the Supreme Court nomination. But now one of McConnell’s key GOP Senate allies, and one of Kavanaugh’s key defenders, suddenly sounds nervous about it.

We all witnessed Republican Senator John Cornyn use his position on the Senate Judiciary Committee last week to try to help a mentally unstable Brett Kavanaugh through his testimony. There is no doubt that Cornyn, who is as corrupt as they come, is a “yes” vote. But now congressional reporter Chad Pergram says that Cornyn suddenly doesn’t want to rush the Kavanaugh vote, and wants to “do it one step at a time” instead. So what’s going on here?

For one thing, it’s clear that the Republican Senators, even the ones firmly in Brett Kavanaugh’s camp, are no longer on the same page about how to try to move forward. Any further delay in the vote is going to increase the odds of even more going wrong for Kavanaugh, meaning that their best chance of confirming him is to simply try to ram him through right away – unless they know they don’t have the votes.

So does John Cornyn know something that Mitch McConnell doesn’t? Or are they simply unable to agree on how to play their increasingly weak hand? McConnell has been trying to bully the likes of Lisa Murkowski and Susan Collins into voting “yes” even though they’re clearly not “yes” votes, but last night Murkowski all but laughed at McConnell’s tactics. We still don’t know how this vote is going to turn out, but it doesn’t appear the GOP does, either.