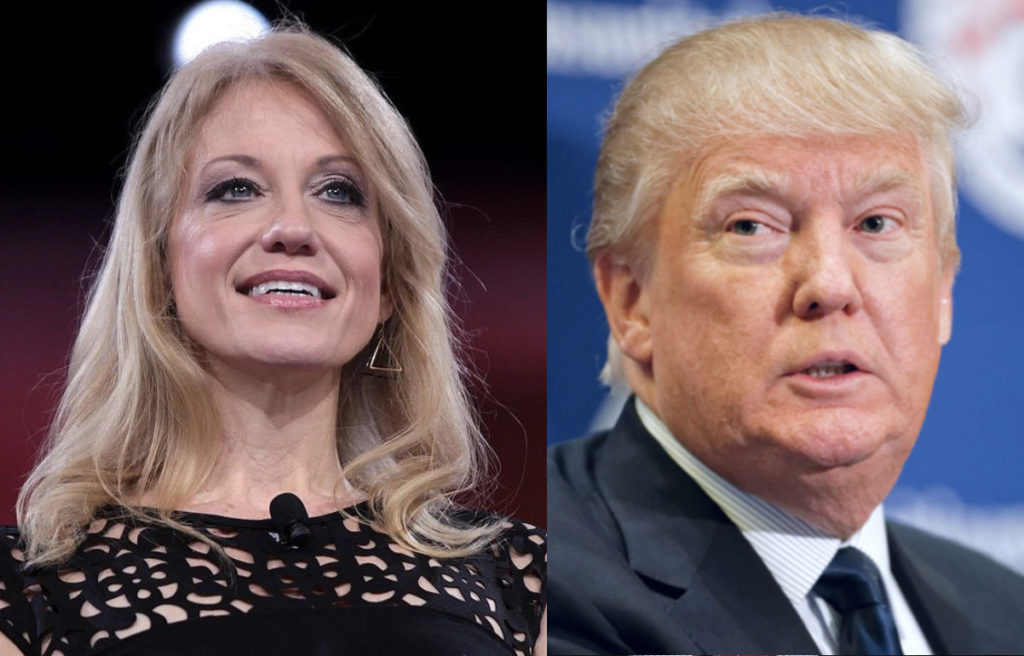 When the U.S. Office of Special Counsel announced earlier this month that Kellyanne Conway had violated the Hatch Act, Palmer Report pointed out that this alone wasn’t going to directly cause any problems for her. It was a criminal act, but not the kind you go to prison for – and Donald Trump obviously wasn’t going to fire her for breaking the law. But now the game has changed for Kellyanne.

When the House Oversight Committee initially announced that it would hold an investigative hearing into Kellyanne Conway’s Hatch Act violations, the committee implied that it would be up to her whether or not she wanted to show up and defend herself. But now the committee has announced that Kellyanne must show up and answer for her crimes after all – and if she doesn’t agree to show up, the committee will vote on whether to subpoena her. Democrats make up the majority of the committee, so if they decide to subpoena her, it’ll happen.

That’ll leave Kellyanne with only two bad options. The first would be to show up and testify before the committee, meaning that she’ll be humiliating herself on live national television at a time when the Trump regime doesn’t need any more humiliating scandals. Her second option would be to try to fight the subpoena in court. That might buy her a bit of time, but in the end the courts would order her to show up to Congress and testify under threat of arrest – and in the meantime, it would simply drag out her scandal out longer in the media.

The trouble for Kellyanne Conway is that if the House Oversight Committee can turn her Hatch Act violations into a big enough scandal, it could turn her into a liability for Donald Trump at a time when he’s taking on water from all sides. We’ve seen him selfishly throw his own people overboard without hesitation in the past – not because they did something unethical, but because it became the wrong kind of distraction for Trump. Will this lead to the end of Kellyanne’s tenure? We’ll see.

← Finally, a bipartisan effort to stop Donald TrumpThe real reason Donald Trump is talking to his base the way he does →
Posting....
Scroll To Top