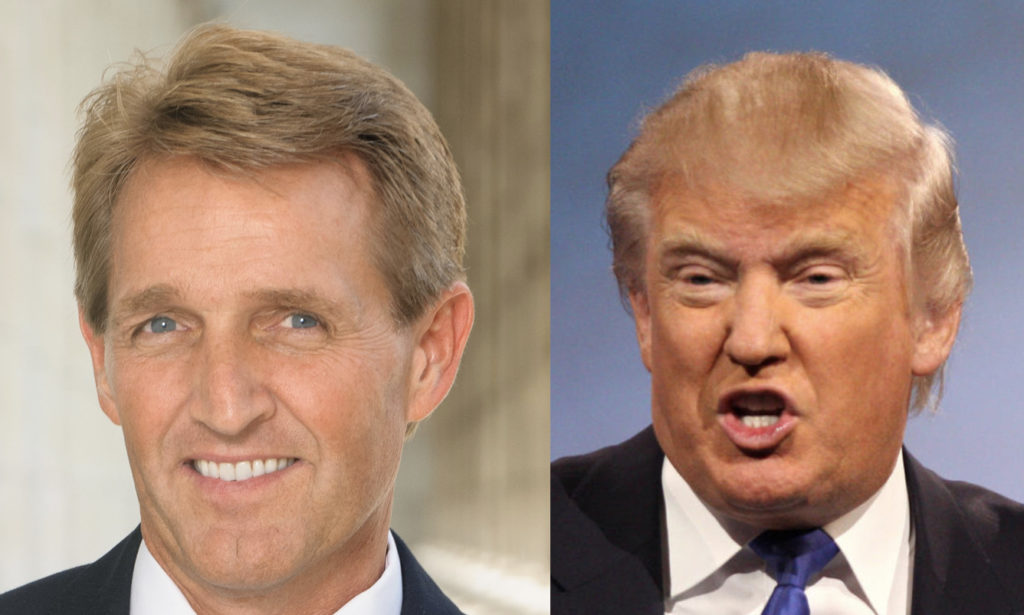 The FBI investigation into Brett Kavanaugh only exists thanks to GOP Senator Jeff Flake and the heroes who pushed him into calling for it. Flake warned everyone up front that he’s still planning to support Kavanaugh in the full Senate vote unless the FBI probe turns up something disqualifying. Now he’s defining the parameters of what would be disqualifying – and it’s really bad news for Kavanaugh.

Jeff Flake made a point of putting himself in front of the cameras tonight when he appeared on 60 Minutes with his friend, Democratic Senator Chris Coons. During the interview, Flake was asked this question: “If Judge Kavanaugh is shown to have lied to the Committee, nomination’s over?” Flake could have tried to hedge his bets or be vague about it, in the hope of giving himself wiggle room. Instead his answer consisted of only two words: “Oh yes.”

This means the FBI doesn’t have to prove this week that Brett Kavanaugh sexually assaulted anyone. All it has to do is prove that Kavanaugh lied about something – anything – during his Senate testimony. Kavanaugh’s former classmates are already coming out of the woodwork to confirm that he lied to the Senate about his drinking habits in his youth – making it easy for the FBI to demonstrate that Kavanaugh perjured himself.

If Jeff Flake had said that he would only vote “no” if the FBI could convince him that Brett Kavanaugh was a monster, that would be another matter. But Flake just very publicly made a point of staking himself to the condition that if Kavanaugh lied to him at all during committee hearings, he’ll tank the nomination. This is the last thing that Kavanaugh wanted to hear.

← Deborah Ramirez has already dropped the FBI hammer on Brett KavanaughWelcome to the Land of Confusion →
Posting....
Scroll To Top