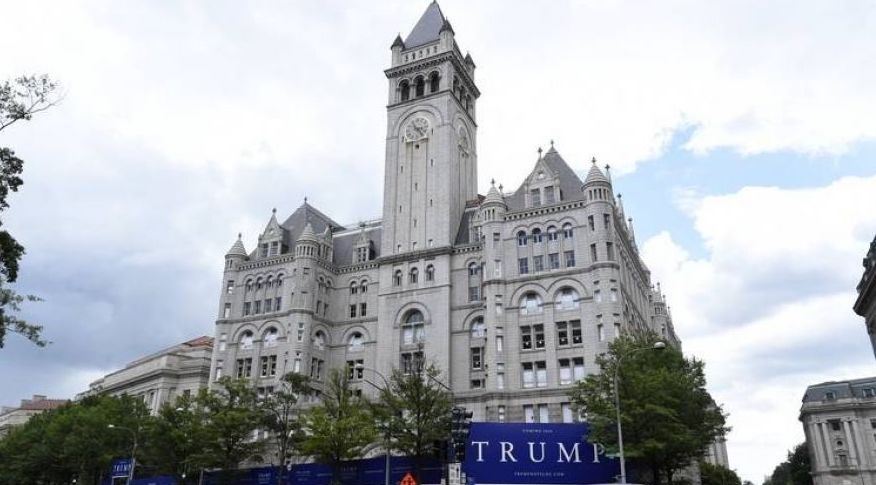 By all accounts Donald Trump’s DC hotel is one of his most profitable assets. Not coincidentally, it’s a convenient way for lobbyists and foreign governments to give money to Trump. They simply get a large contingent of people to stay at the hotel and spend lavishly while they are there. So why sell such a goldmine?

If you look at the situation in its entirety, Trump really has to sell it now to maximize the asset, and the reasons why are the same types of conflicts the emoluments clause and ethics rules are designed to prevent.

Trump’s DC hotel is profitable specifically because he is President and lobbyists and foreign leaders have spent millions at the hotel in the last three years. If Trump were not President who knows if the hotel would ever have turned a profit at all. The Huffington Post reported in 2017 that the hotel was indeed losing money before he won the election.

Most valuation methods use the last three years of profits to calculate a return on investment (ROI). This means that right now is the first time the inflated and illegally-gotten profits from the Trump hotel will be completely calculated into the equation to determine the value of the hotel, and time is ticking. By the time Trump is a lame duck President, just one year from now, fewer lobbyists and foreign officials will be willing to spend at his hotel to buy influence.

Even more dramatic in terms of inflating the value of this asset is the straight-up pay-to-play bribery potential of such a sale. Let’s assume the market value of the hotel, if Trump had never become President, is $250 million. Now let’s assume Mark Zuckerberg wants the government to agree to not impose tighter regulations on Facebook for two years – saving him billions. Zuckerberg could, through shell companies, agree to purchase the Trump hotel for $500 million, and Trump could, in turn, delay regulating Facebook. A straightforward bribe that could be surprisingly difficult to prove.

Now imagine, instead of Mark Zuckerberg, wanting deregulation, the potential buyer is the Saudi Arabian prince wanting US military action. This is why it really matters that the President of the United States divest him or herself from business interests that can present a conflict of interest or be used as vehicles to facilitate bribery.

So, the original question was why would Trump want to sell his most profitable asset right now? The answer is as simple as it is awful: that asset will never be more valuable than it is now. No one will be banging down his door to funnel large amounts of bribery money to him when he is no longer president, and if he is not imprisoned, he will be too much under a microscope to continue laundering large amounts of money. For Donald Trump the time to cash in is now, while he still has power to trade.

← No, this raid won’t magically save Donald Trump from ousterTurns out Donald Trump directly sabotaged the U.S. military mission against Baghdadi →
Scroll To Top