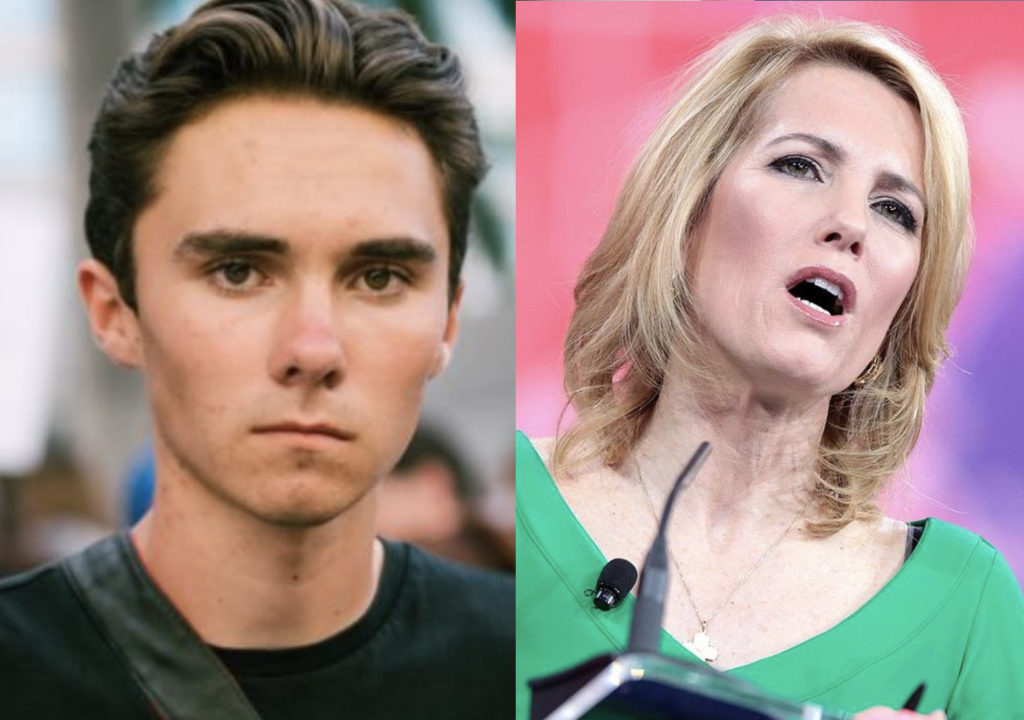 Fox News host Laura Ingraham has decided that the most thoughtful way to deal with the hot button issue of gun violence is to make fun of the Stoneman Douglas High School shooting survivors. Now one of those survivors is striking back, not by taking Ingraham’s bait, but by launching a plan to get Ingraham off the air entirely – and it might work.

Stoneman Douglas survivor David Hogg told TMZ that of the various colleges he’s applied to, four of them have rejected him, while three others have accepted him, and that he still hasn’t decided which direction to pursue. Laura Ingraham then mischaracterized Hogg’s words, tweeting “David Hogg Rejected By Four Colleges To Which He Applied and whines about it.” So how did Hogg respond?

He tweeted “Soooo Laura Ingraham, what are your biggest advertisers … Asking for a friend.” Roughly half an hour later, Hogg had managed to pull together the list himself, and he posted this tweet in response, which was promptly retweeted tens of thousands of times in the first few hours after it was posted: 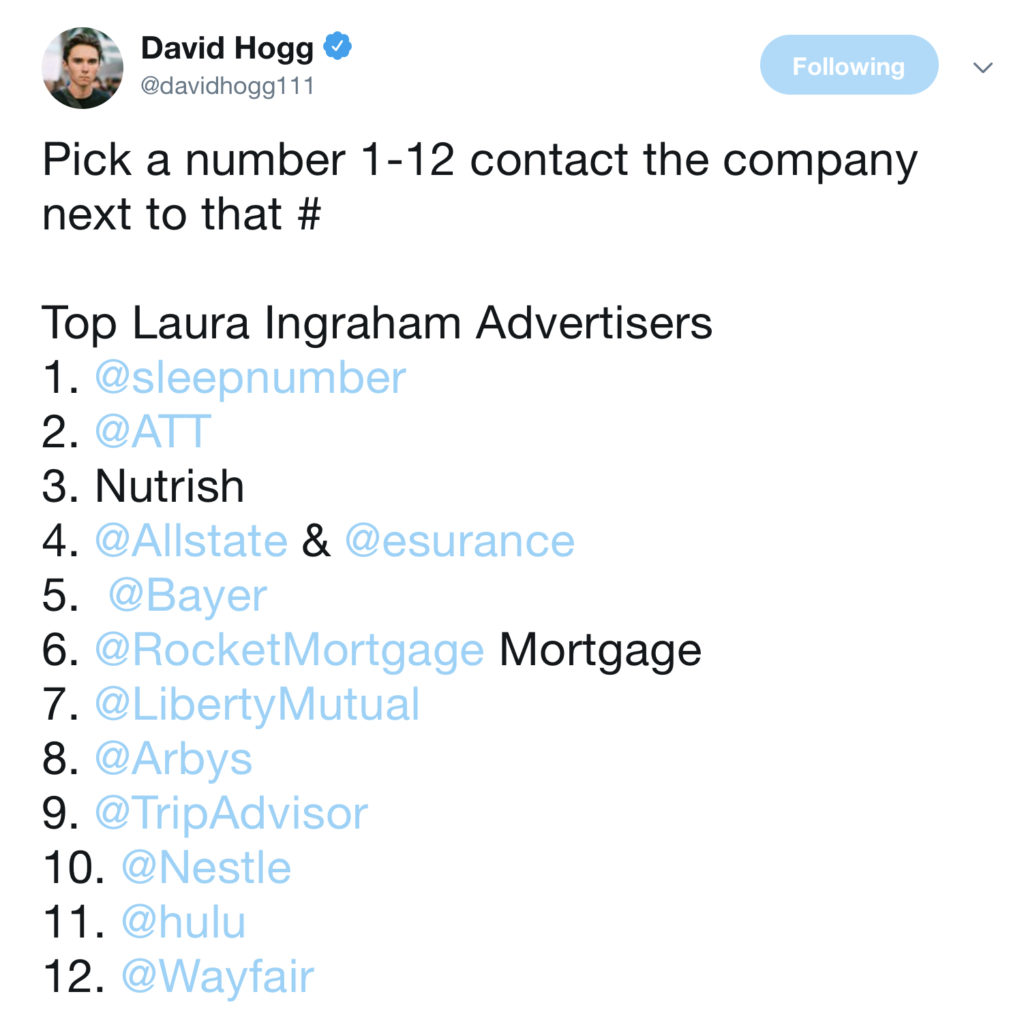 So can this kind of thing work? Yes. We know this because we’ve seen it work against other Fox News hosts. After Bill O’Reilly was exposed as a serial sexual predator, a widespread boycott of his advertisers ultimately helped pressure Fox into firing him. If a sufficient number of people get behind the boycott of Laura Ingraham’s show, she could end up without a job as well.

← Donald Trump really, really didn’t want you to know about his failed pardon stuntDonald Trump’s base is losing its mojo →
Leave a Comment