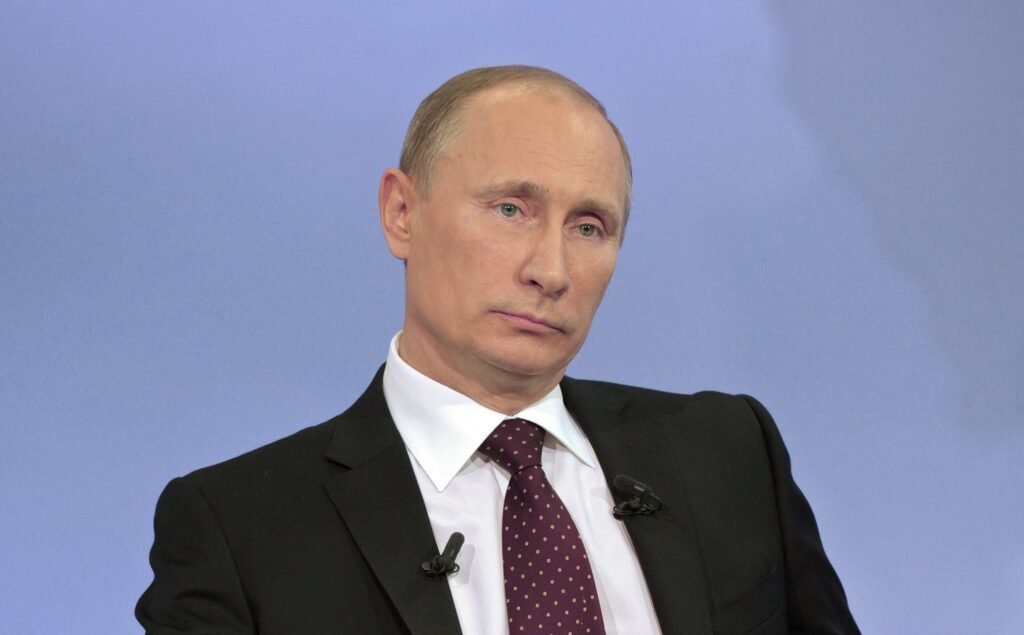 There is no longer any doubt that bombings, murders and rapes of Ukrainian civilians by Russian troops are integral to Vladimir Putin’s war policy. The words “war criminal” have been liberally and correctly applied to the Russian president by everyone from pundits to politicians to the average person on the street. Most people (who aren’t Republicans or who aren’t trying to shock us by being different for the sake of being different) agree that Putin should be tried as a war criminal. But how? The practical way to achieve this now comes from an unlikely source, former British Labour prime minister Gordon Brown.

Mr. Brown suggests that we start right away, that a tribunal in The Hague should be immediately empaneled and a formal trial begun in absentia. If this seems hasty there’s precedent for starting early that tracks back to the very first war crimes trial. In early 1942 representatives of eight governments-in-exile in the United Kingdom issued a declaration on Punishment for War Crimes, which demanded the creation of an international court to indict and try the Axis Powers for crimes committed in occupied countries before the war had run its course.

The United States and Great Britain opposed this measure at first, citing failure to prosecute the Germans after World War I as the reason. Ironically it was a Soviet jurist who developed the notion of “crimes against peace,” and even after America and Britain came around to the idea, it remained the Soviets who pushed for it with the greatest ardour.

Thus began the Nuremberg Trials and the idea of international criminal law. Had it not been for the Russians, bolstered no doubt by their rather sinister concept of the “show trial,” the Nuremberg Trials might well have never taken place. But from those trials grew the idea that nations could commit crimes just as surely as individuals. Vladimir Putin’s hero Josef Stalin (who was a war criminal himself) was all for it.

Mr. Brown suggests that we send a message to Putin that he “cannot act with impunity, secondly we’ve got to say that those people in his inner circle are complicit, and they could be charged with crimes of conspiracy, and thirdly we’ve got to give the Ukrainian people the sense that we will continue to monitor and report and investigate and eventually prosecute these crimes.”

Brown goes on to suggest that the setting up of a special tribunal to prosecute Putin and his gang should be expedited immediately. He has spoken with members of the Ukrainian government and they are all for it. Support for Brown’s idea among the embattled Ukrainians is unanimous.

“So what?” you might reasonably ask. The teeth of the measure are to be found in the implementation. Once declared guilty, Putin and any of his inner circle can and will be arrested should they ever set foot on foreign soil. And since war crimes have no statute of limitations, for the remainder of their lives, in or out of power, Putin and his gang will forever be doomed to remain inside Russia, or any of the dwindling and increasingly unpopular nations who continue to support Russia.

G20 will therefore automatically become G19, for one thing. Putin, who loves to travel and hobnob with foreign dignitaries and attend state dinners will be shut out. Russia will officially become a rogue state, a pariah state.

I was a critic of Gordon Brown’s premiership back in the halcyon days before the virulent and vicious alt-right made anyone left of centre an automatic hero. But I must say now his idea is a good one, and it serves to make it official that the world condemns Putin and his gang. Prosecuting Putin and his cohorts sends a message to the Ukrainian people that not only is the world on their side, but we are damned well going to do something substantial about it as well. And, as ever, ladies and gentlemen, brothers and sisters, comrades and friends, stay safe.