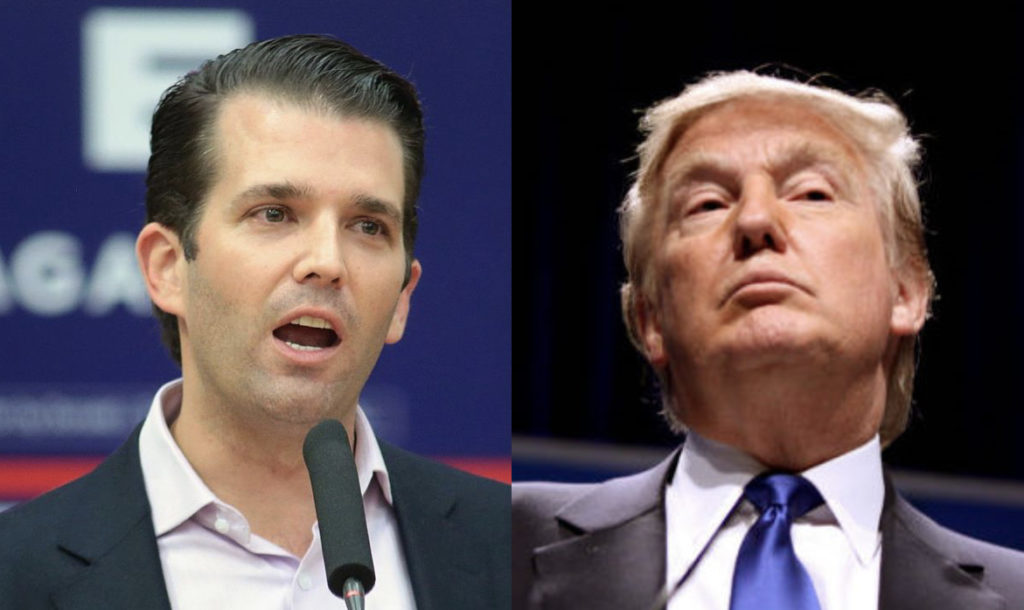 Could there be trouble between the two biggest idiots in America? Those two idiots are Donald Trump and his spoiled progeny, Don Jr. According to Politico, there might be trouble indeed. This all has to do with Sean Parnell. As Palmer Report has laid out, Parnell has dropped out of the Senate race in Pennsylvania after losing custody of his three kids. And Trump had endorsed Parnell.

Per Politico Trump, the skunk is not reacting well to this news. Trump is said to be stewing about it as a good psychopath would. Reportedly, Trump is embarrassed at his name being linked to Parnell’s, which does not make a heck of a lot of sense since the world already KNOWS Trump’s a miserable person and a loser. We do not need Sean Parnell’s campaign to spell it out.

But Donald reportedly blames his son Don Jr. for making the endorsement in the first place. It would seem that Junior liked Parnell and the two men were friends. So, Junior pushed hard for his daddy to come out and endorse Parnell.

But alas, things did not work out in regards to that. And reportedly, Trump is blaming Junior. It is just amazing that even with this story, Trump cannot take responsibility. The man cannot and most likely never has admitted to any wrongdoing because narcissists cannot do that.

Also, Trump’s mind is, in effect, a stone-cold and heartless computer chip. This chip clicks away, with only one mission, and that is to earn more money he does not have and more power he will never get back.

The chip cannot feel love or empathy, or even sympathy. It is just cold and gray — a chip made up of no more than greed and hubris. This chop encapsulates all of the seven deadly sins and does not encapsulate any of their opposite qualities. It is destined to keep clicking away, looking for new ways for relevancy, to feed its unloved and robotic mainframe.

← Roger Stone will roll on Donald Trump in a heartbeatJoe Biden is handling this one exactly right →
Posting....
Scroll To Top