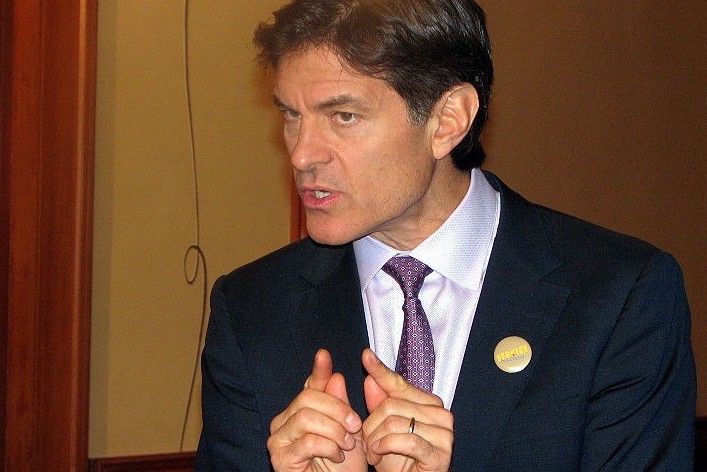 
It was the moment that almost broke the internet — the moment when FINALLY, a republican candidate was honest about the GOP’S malevolent and evil plans for women should they take back power.

Mehmet Oz was speaking. He had been asked about his views on abortion. John Fetterman, the Democratic nominee, feels that the subject of abortions should be between a woman and her doctor. He also supports codifying Roe.

For months — since the beginning of his candidacy, the “doctor” has run from the question of abortion. But standing on that debate stage, Mehmet spoke his horrifying truth — and whether he meant to tell the truth or not, it came out, resulting in instant pandemonium.

“women, doctors, local political leaders, letting the democracy that’s always allowed our nation to thrive on putting the best ideas forward so states can decide for themselves.”

It was one of the rawest, most terrifying moments on a debate stage ever. And at that moment, Mehmet’s plans for women became clear — it would be Pennsylvania — Stepford style.

It didn’t take long (about one-half a second) for people to respond. The internet blew up with comments as stunned and enraged people everywhere weighed in. Here are some responses.

“Exactly how many politicians does oz want involved in an abortion decision?”

“If you vote for Oz, you do not deserve to date any woman.”

“Everybody call your local politicians and ask if they will accompany you to your next medical appointment.”

“Are pastors going to be involved too?”

“Did I even hear that right?”

“So Oz thinks we’re half-human? That we do not have the intelligence to make our own decisions without the government’s guidance?”

“I thought the republicans were the party of limited government. I guess not anymore.”

“That smirk on his face.”

“Does that mean men will have local politicians weighing in on their prostrates?”

“Republicans will have rapists choosing the mothers of their children.”

Mehmet clearly showed himself to be a creep of the highest order, with draconian beliefs about women, and he is an imminent danger to the freedoms of all women.

← What tipped off the National ArchivesThree more convictions →