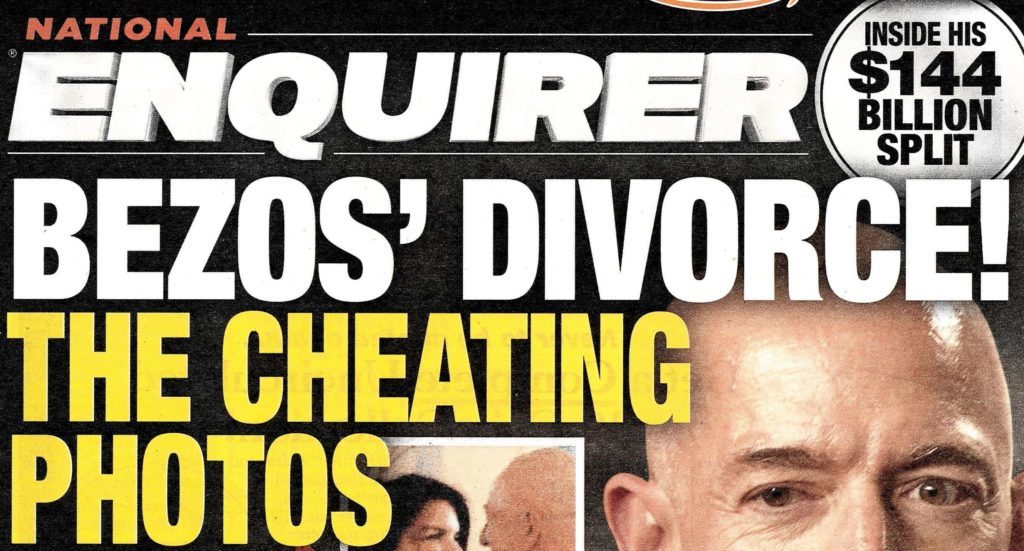 Earlier this week Palmer Report pointed to reports that the Feds at the SDNY were conducting a grand jury into the National Enquirer / AMI / blackmail scandal, which meant that Enquirer boss David Pecker is almost certainly going to be indicted. Such an indictment would come as no surprise, as Pecker sabotaged his earlier immunity deal when he tried to blackmail Amazon boss Jeff Bezos. Now things have taken a strange turn.

David Pecker’s former right hand man Jerry George has died after accidentally falling. George’s wife says that she doesn’t believe the accident was suspicious, but that the coroner is nonetheless investigating. To be clear, George had already departed the AMI fold before the Pecker-Trump-Bezos controversy began, and in fact last year George was dishing to the media about how Pecker ran his blackmail operation.

If reports of the SDNY grand jury are accurate, then David Pecker is getting indicted, and the death of Jerry George isn’t going to change that one way or the other. There’s no logical or evidentiary reason to suspect that foul play was involved in George’s death.

But coming off a week which saw the death of Donald Trump’s old friend Jeffrey Epstein, while he was in the custody of Donald Trump’s Justice Department, the conspiracy theorists are going to have a field day with former National Enquirer sidekick Jerry George also passing away within the same timeframe.

www.palmerreport.com
684
SHARES
Facebook ShareTwitter ShareEmail this articlePrint Article
LinkedinGoogleWhatsappPinterestRedditStumbleuponBufferTumblrPocketLine
← We told you Susan Collins is in troubleDonald Trump has no idea what’s about to hit him →
Leave a Comment