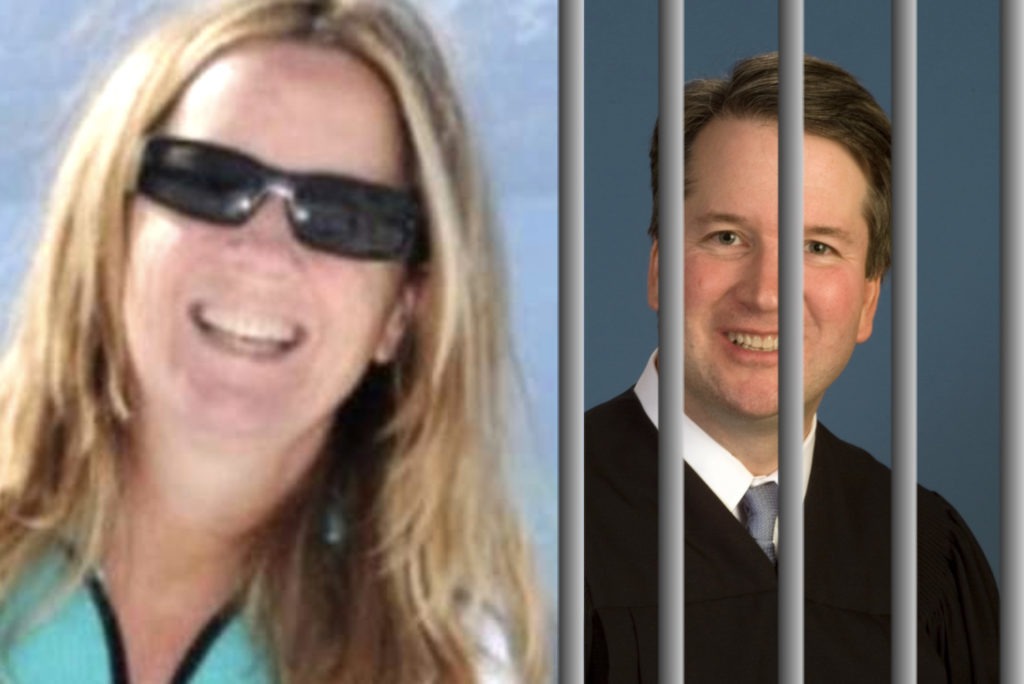 Facing a revised 2:30pm deadline today, Dr. Christine Blasey Ford has formally confirmed to the Senate Judiciary Committee that she’ll testify against Supreme Court nominee Brett Kavanaugh this week, according to multiple major news outlets. She hasn’t stated which day she’ll testify, and she’s still seeking to negotiate the terms of the hearings. But she does have a definitive ace up her sleeve.

As we’ve explained, the Republicans on the committee blinked when they delayed the Kavanaugh vote so Dr. Ford could testify. She must have realized that this meant they were afraid to move forward without her testimony, so she’s been trying to leverage that by calling for an FBI investigation into Kavanaugh. If the FBI did begin investigating Kavanaugh, the most likely outcome is that he’d end up in prison; even if the attempted rape can’t be legally proven, he’d surely get nailed for lying to the FBI, or perjury, or whatever the story is with his gambling problem and his disappearing personal debts. Kavanaugh knows this; Ford was trying to use the FBI angle to nudge him into dropping out.

Ford’s FBI gambit hasn’t worked. The Republican Senators weren’t actually going to invite the FBI to investigate, knowing that it would probably result in their own nominee going to prison. This was all about whether Kavanaugh was going to blink. Since Kavanaugh hasn’t dropped out, Ford’s next move is to show up and testify against him, which she know says she’s going to do. But she can also file a police report in Montgomery County, Maryland at any time. As Palmer report has pointed out, the police chief there conspicuously announced last night that he’s ready to investigate Kavanaugh as soon as Ford files a report.

This means that if Dr. Ford doesn’t like how the negotiations play out between now and the day she testifies, she can just go ahead and file a police report before she shows up. If she doesn’t like how the GOP treats her during her testimony, she can file a police report the minute she leaves the Senate. For all we know, she could announce during her testimony that the local police department is criminally investigating Kavanaugh.

Ford has proven that she’s willing to allow her own life to be turned upside down to keep her alleged attempted rapist Brett Kavanaugh off the Supreme Court. Does anyone really think she won’t file criminal charges if that’s what it takes? Kavanaugh’s window for dropping out is closing fast. If he doesn’t withdraw soon, he’ll be locked into a path to losing everything – and unless he’s completely delusional, he knows it.