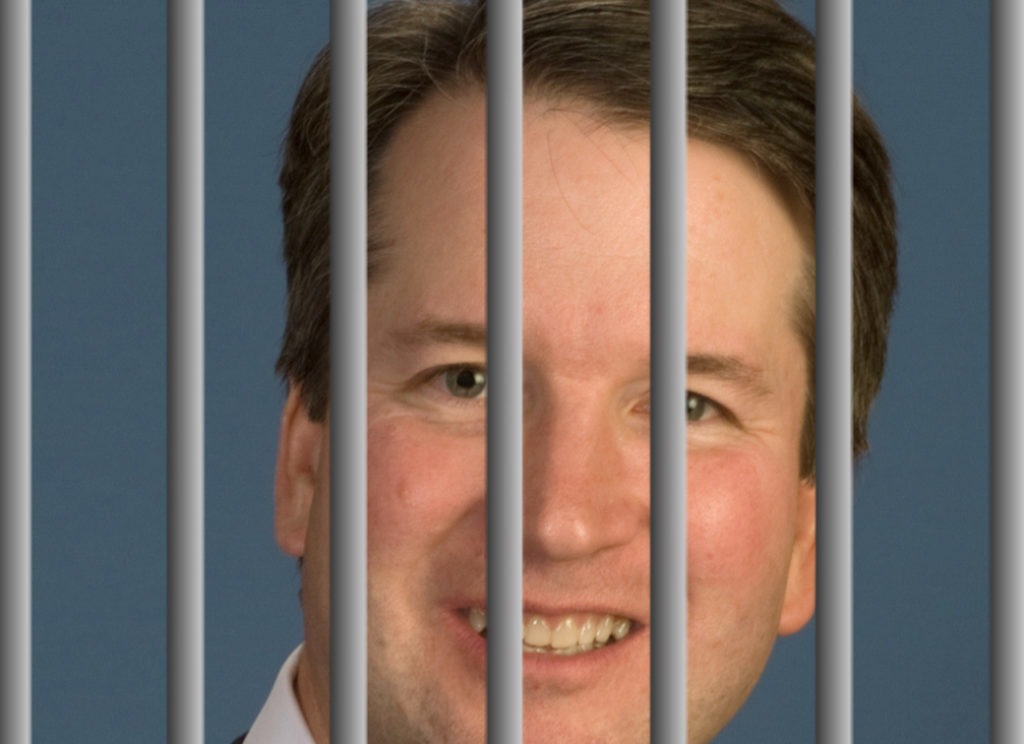 Donald Trump reluctantly agreed this afternoon to order an FBI investigation into Supreme Court nominee Brett Kavanaugh that would be “limited in scope.” This was an attempt on his part at shielding Kavanaugh as much as possible. But it’s quickly turning out that those words don’t mean what Trump thought they meant. In fact we’re already learning that the FBI is now allowed to pursue criminal charges against Kavanaugh if it’s determined that he lied under oath to the Senate.

Halfway through a lengthy new expose from the Washington Post, we find this sentence regarding the the FBI investigation in question: “If investigators uncover evidence that Kavanaugh lied to lawmakers during hearings or on his background-check forms, that could spark a criminal investigation in which law enforcement could use the full extent of its legal powers.”

This confirms Palmer Report’s earlier premise that once the FBI begins an investigation like this, there really are no limits to the FBI’s ability to follow the evidence to any and all federal crimes. By our count, Kavanaugh appeared to commit at least four separate provable instances of perjury during his televised Senate testimony, even before the sexual assault accusations surfaced. He lied extensively about the circumstances under which he received and forwarded stolen emails, and among other issues.

This may help explain why Senate Democrats uniformly pushed so hard for an FBI investigation. Even if the FBI can’t prove within the next seven days that Brett Kavanaugh tried to rape Dr. Christine Blasey Ford, it can quickly and easily prove that he committed felony perjury. Now we know that the FBI can pursue criminal charges against Kavanaugh for his existing perjury. This means that if Kavanaugh doesn’t quickly withdraw from the nomination before the FBI probe can get underway, he is looking at the serious possibility – perhaps even probability – that he’ll go to federal prison.