It would have been one (embarrassing) thing if Donald Trump had simply stopped after he made his initial mistake about Hurricane Dorian hitting Alabama. It would have been another (deranged) thing if Trump had stopped after he got caught using a Sharpie today to alter a hurricane map to make it look like the storm hit Alabama. Now Trump has naturally decided to take things even further.

Donald Trump’s Sharpie stunt was immediately spotted by just about everyone who saw it, and the media quickly pointed out to him that he’d been busted. Trump initially said “I don’t know” how the map got altered. But now he’s apparently decided that it wasn’t really altered, and that the hurricane really did hit Alabama. Trump tweeted this map, which shows the faintest of faint lines touching Alabama: 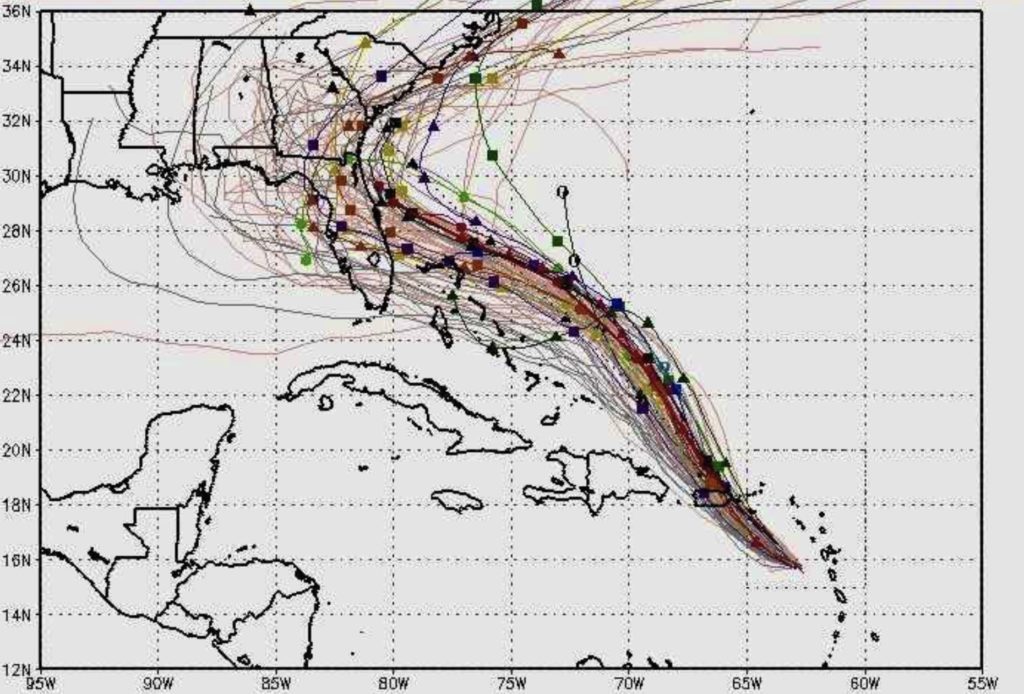 Trump also included this berserk explanation: “This was the originally projected path of the Hurricane in its early stages. As you can see, almost all models predicted it to go through Florida also hitting Georgia and Alabama. I accept the Fake News apologies!”

Donald Trump is clearly not well. He’s running the risk of prematurely destroying what little is left of his presidency with this series of stunts, just so he can avoid having to admit that he made a mistake when he first said the hurricane was going to hit Alabama. Sure, it’s embarrassing that the President of the United States doesn’t know which states border the Atlantic Ocean. But what he’s doing right now is orders of magnitude more embarrassing.