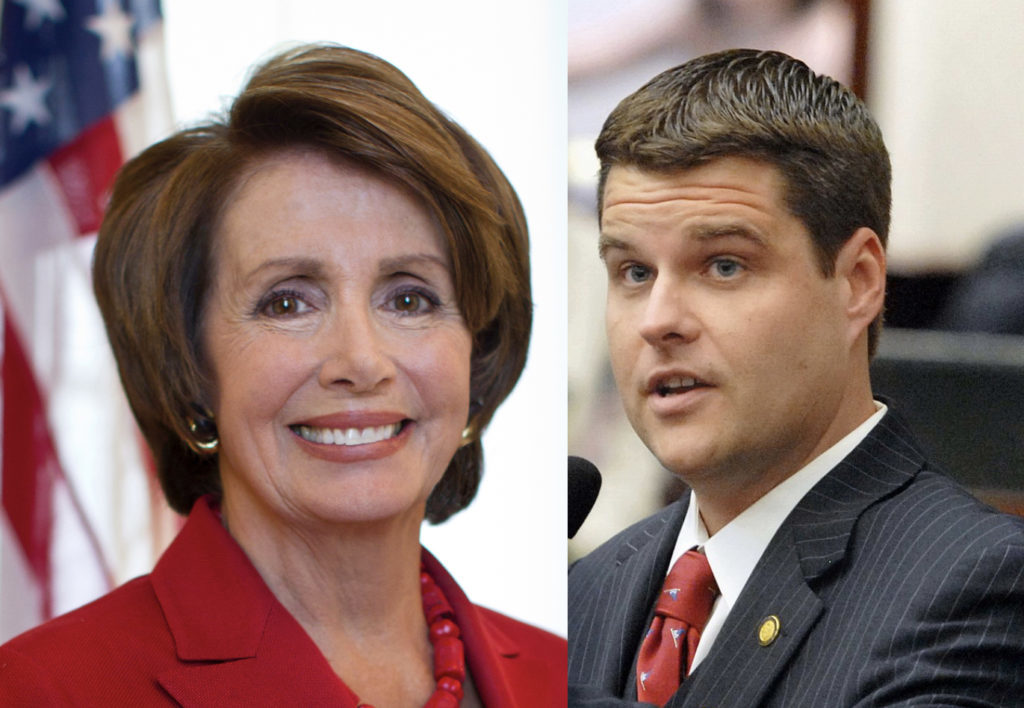 It was the felony witness tampering tweet heard round the world. On Tuesday evening Republican Congressman Matt Gaetz, a close ally of Donald Trump, publicly threatened to ruin Michael Cohen’s marriage if Cohen went through with his scheduled public testimony on Wednesday about Donald Trump. Even as legal experts were debating whether Gaetz would be criminally indicted for the tweet, Speaker of the House Nancy Pelosi took control.

Nancy Pelosi posted a tweet which didn’t even mention Matt Gaetz by name, yet nonetheless rather clearly called for the House Ethics Committee to investigate Gaetz’s tweet. It took Gaetz awhile to get the message, but right around midnight he signaled that he’d finally figured out how much trouble he was in, and how afraid he is of what’s about to happen to him.

Matt Gaetz posted this tweet at 11:52pm eastern time: “Speaker, I want to get the truth too. While it is important 2 create context around the testimony of liars like Michael Cohen, it was NOT my intent to threaten, as some believe I did. I’m deleting the tweet & I should have chosen words that better showed my intent. I’m sorry.”

Well, yeah, that’s not going to cut it. We expect the House Ethics Committee to open an investigation into Matt Gaetz over the felony he very clearly (and intentionally) committed with his original tweet. We’ll also have to wait and see if prosecutors like Robert Mueller and/or SDNY decide to criminally target Gaetz for witness tampering.