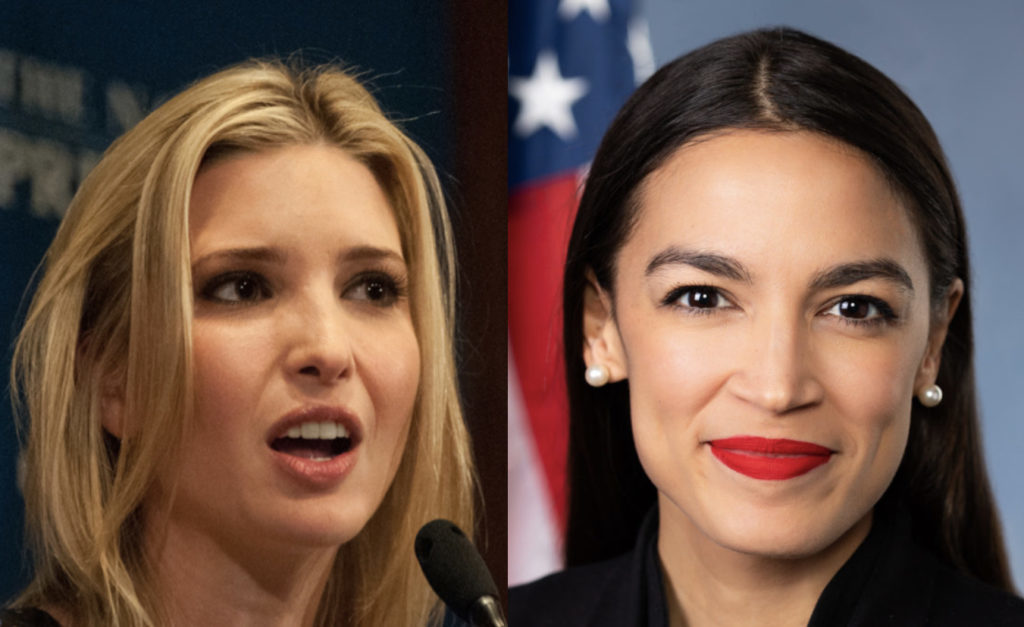 This week Donald Trump attended the G-20 summit and took his daughter Ivanka Trump with him for no good reason. Ivanka, who hasn’t been elected to anything and isn’t qualified for anything has garnered zero respect from world leaders. Accordingly, when she tried to nudge her way into a conversation with the likes of Emmanuel Macron, Theresa May, and Justin Trudeau, they basically just ignored her – as captured in a humiliating video that’s since gone viral.

This prompted Congresswoman Alexandria Ocasio-Cortez to eloquently explain why Ivanka Trump shouldn’t be anywhere near the world stage: “It may be shocking to some, but being someone’s daughter actually isn’t a career qualification. It hurts our diplomatic standing when the President phones it in & the world moves on. The US needs our President working the G20. Bringing a qualified diplomat couldn’t hurt either.”

In response, bigoted has-been Piers Morgan quipped that it “Could be worse… Ivanka could have been a bar-tender 18 months ago.” It’s not clear why Morgan thought this was supposed to be an insult. Nor is it clear why he thinks the word “bartender” has a hyphen in it. But the idiotic tweet quickly garnered more negative comments than likes, signaling just how badly Piers had swung and missed.

True to form, Alexandria Ocasio-Cortez ended up delivering the smartest retort: “Actually, that would make government better – not worse. Imagine if more people in power spent years of their lives actually working for a living. We’d probably have healthcare and living wages by now.”