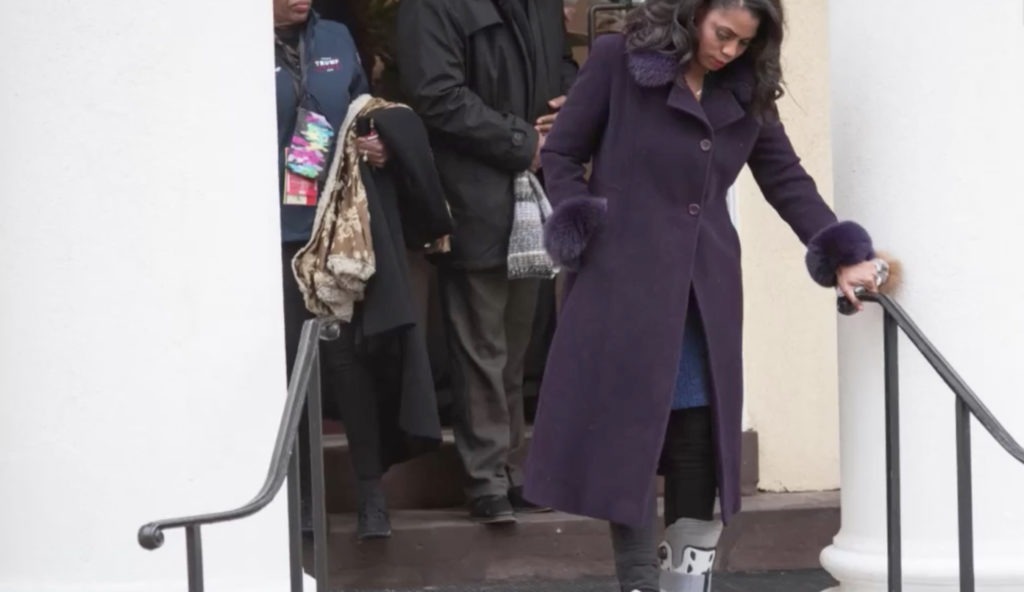 Earlier this week it was revealed that notoriously deceitful Apprentice contestant Omarosa had been hired by the Donald Trump administration and given an office in the White House. If that thought was enough to send shivers down your spine, then this odd bit of karma may be enough to give you the guilty pleasure of tickling your funny bone. It turns Omarosa has already injured herself in some kind White House mishap and had to be rushed to the hospital, though she’s still mostly in one piece.

This story, which doesn’t sound like it could possibly be real but has been verified by both TMZ and the New York Daily News, involves Omarosa injuring her leg while working at the White House. She was taken to Walter Reed hospital, where her leg was placed in a walking boot, which she’s since been photographed wearing.

There’s no word yet on just how Omarosa was injured. But considering the manner in which White House advisors have been rapidly leaking each other’s most embarrassing secrets to the media in the hope of undermining each other, we trust the details of her mishap will come out eventually. Come to think of it, considering how deeply Trump’s advisors all seem to hate each other, we won’t be 100% shocked if it turns out one of them injured Omarosa on purpose.

Watch this New York Daily News video of Omarosa getting injured in the White House: