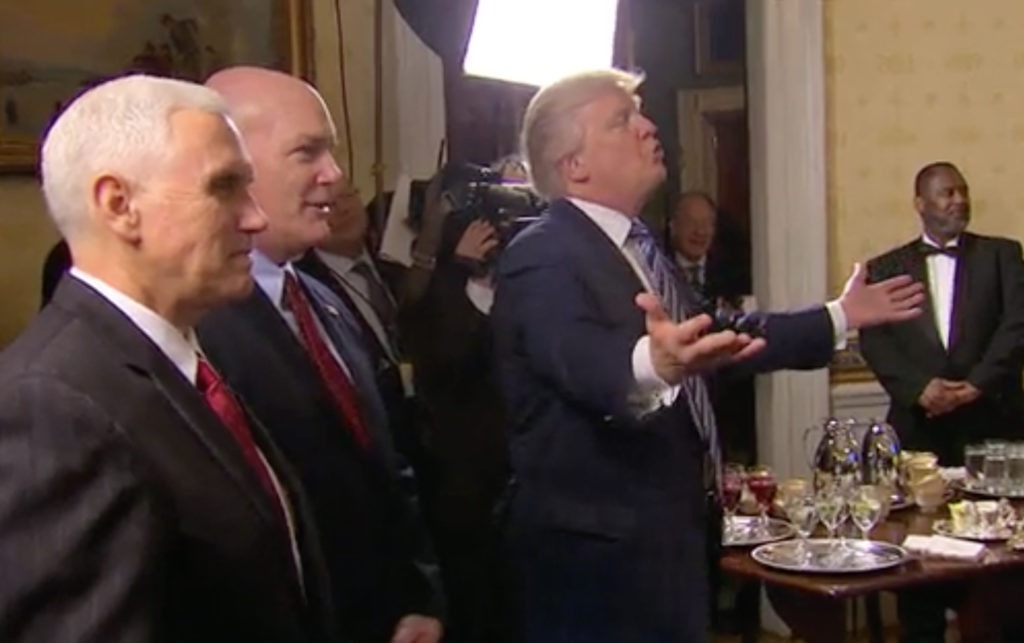 Millions of Americans believe FBI Director James Comey deliberately handed the election to Donald Trump by releasing a misleading letter about Hillary Clinton’s emails just nine days before the election. Now that Trump is officially in the White House, one might think he would try to distance himself from the notion But instead, when both men were in the Oval Office today, Trump blew a kiss to Comey in front of the cameras – and then appeared to kiss him on the cheek as well.

During an Oval Office ceremony today, Donald Trump held a reception for the nation’s top law enforcement officials. He singled them out one by one, and when it was James Comey’s turn, Trump made a point of blowing him a kiss from across the room. The moment was very clear from the MSNBC video:

And then, as Comey approach Trump, it appeared that Trump leaned in and kissed him on the cheek, though the television cameras were on the wrong side and didn’t fully capture the moment. This was the best freeze frame we could isolate from the CNN video, just before Trump’s mouth disappeared behind Comey’s head: 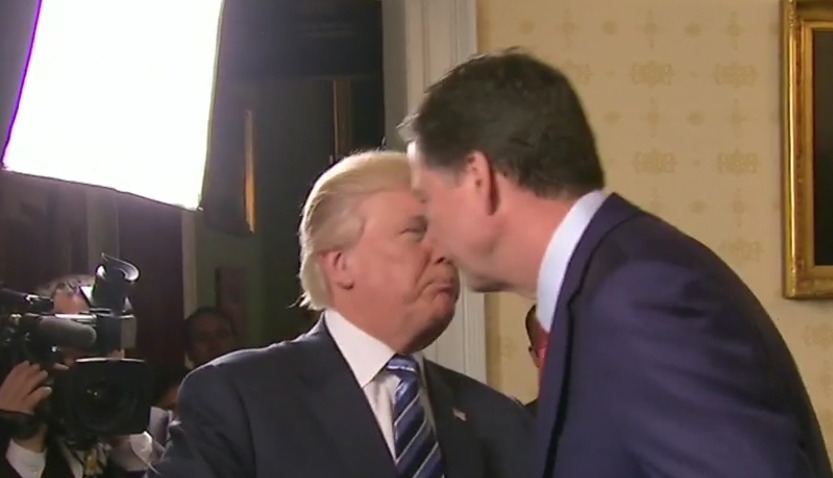 Watch Donald Trump blowing a kiss to, and maybe actually kissing, the FBI inside man who rigged the election for him: