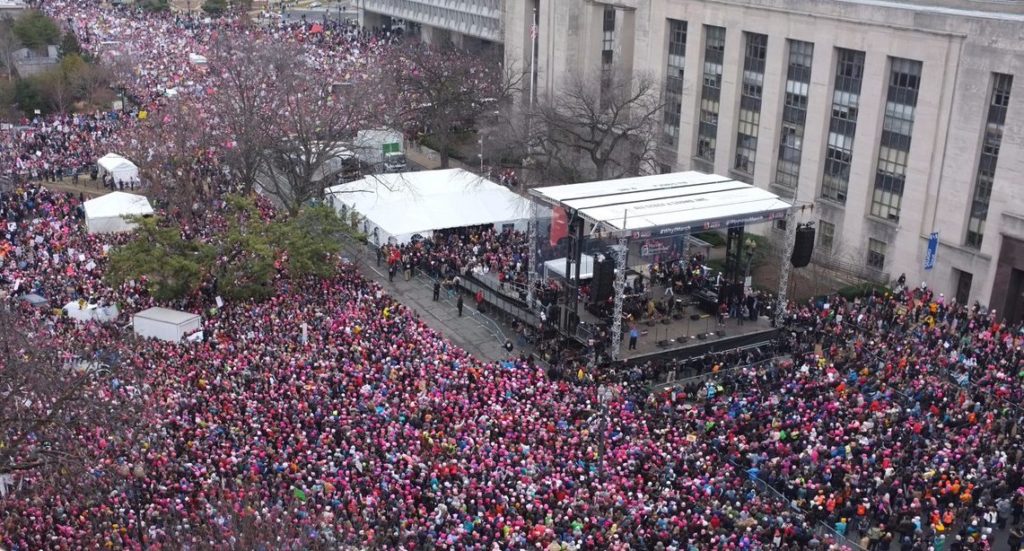 At least now we know how Donald Trump spent his first full day as “president” of the United States: sitting around the White House and watching television. More specifically, he was watching the coverage of the Women’s Marches in Washington and other cities around the nation and world, as millions of women and men turned out to protest against his very existence. And now his own aides are admitting that Trump became “visibly enraged” as a result.

In particular, Trump became enraged when TV news broadcasts began reporting that the crowds for the Women’s Marches were larger than the crowd for his inauguration ceremony the day before; for that matter the Women’s March in Washington alone outdrew his inaugural. Trump was so bothered by the sight that he insisted press secretary Sean Spicer immediately issue a denial, even as his aides tried to talk him out of it. This may explain why Spicer didn’t even so much as have an opportunity to put on a suit that fit him before heading to the briefing room.

In any case the stunt appears to have backfired. Trump’s own aides were apparently so put off by the incident that they’ve leaked it to Washington Post just to distance themselves from their boss’s antics. Meanwhile CNN refused to air Spicer’s statement live on-air, under the assumption that it would be dishonest.